In general, theories of social capital are applied in sociology and political science to describe cooperation and solidarity in a particular society. 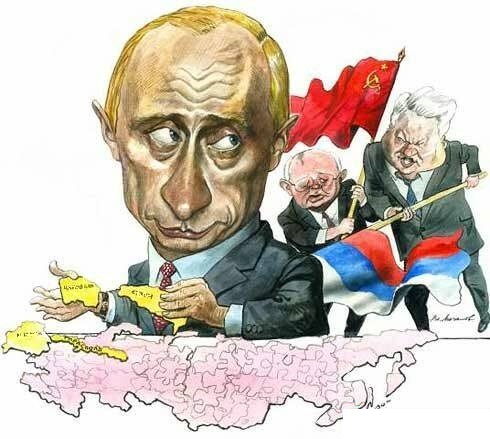 Social capital is a system of values, norms and mutual trust, which is the primary basis of collective action — it is the glue that binds and connects society and individual social groups and allows them to form a single collective organism. I propose to apply these theories in a broader context — to describe geopolitical processes.

In one of his lectures in Kyiv, the American political scientist Francis Fukuyama highlighted that «in all post-communist countries there is a special problem related to social capital and trust, due to the legacy of Marxism-Leninism. Marxism-Leninism was a political system deliberately adapted to deplete social capital.» The party-state deliberately disrupted the existing ties among trade unions, enterprises, churches, and various private organizations, and replaced this horizontal connectedness between ordinary people with a vertical link between citizens and the state itself, even affecting unity within a family.

The USSR as an empire cultivated loyalty to the ruling elite. In fact, communist ideology has destroyed the germs of civil society in the CEE countries and the elements of social horizontal ties. The institutional distortion and value vacuum emerged after the overthrow of the communist regimes in CEE led to social disorientation.

On the other hand, the example of the EU is evidence of the existence of effective social capital at the international level, because, in our opinion, as well as in societies, when certain groups are based in their actions on common values ​​and mutual trust and international relations, the EU countries share common values ​​in certain common policies.

Unfortunately, Russia, considering itself a continuation of the imperial traditions of Tsarist Russia and the USSR, applies various methods to undermine interpersonal and institutional trust within societies, as well as nullify any efforts at regional cooperation between countries. The Kremlin’s tactics are «to sow distrust and social fragmentation in the CEE countries so that societies are always restless (there are protests, scandals, escalating contradictions, etc.), against which Russia is a model of success and imitation. On the other hand, it is in the Kremlin’s interests to «sow» constant distrust of neighbors so that real cooperation between them, especially in terms of security, is minimal. This tactic is, in principle, understandable for geopolitical reasons, but the mechanisms for implementing these processes are generally sociological by nature.

There are a lot of apparent paradoxes. For instance, according to the results of Eurobarometer studies, the level of distrust in their immediate neighbors has been growing in the CEE countries since 2014, but the level of trust in the EU as a whole is high. That is, including the countries of the Three Seas Initiative look at their neighbors with some suspicion and skepticism, but remote, impersonal trust in the EU is still at a high level. This is used by Russia, which is trying to stimulate the historical resentments of social groups through the media and social networks on the basis of the present clichés. There is a general public demand for a certain type of behavior of diplomats, presidents, speakers of parliament, etc., through elections, social sentiments are transmitted to the political class and stereotypes of society commence to influence the foreign policy of states.

Unfortunately, the Eurobarometer survey published in February 2020 on civil society highlights that there is a significant gap between former communist EU member states and other countries in terms of participation in NGOs, and in some respects, indicators such as Bulgaria or Hungary have significantly deteriorated.

Russian neo-imperialism, like Russian historical imperialism, has been directed against the accumulation of social capital in the CEE countries. The process of «sowing» of mistrust occurs through the media and social networks, through statements by politicians and various political or economic projects. The effects of this policy, in terms of social capital, are as following: generalized distrust of Transnistrian residents to the decisions of official Chisinau, fear of «fascist / American Ukraine» and «Romanianized Moldova», residents’ rejection of strategic projects due to distrust of neighbors, by virtue of contradictory pages of history in the past, formation of the image of bloody Kyiv, Tbilisi and Chisinau in separatist regions supported by Moscow, existence of isolated information spaces in previously common historical environment, deficiency of real ambitious projects between the CEE countries, escalation of disputes over political symbols of the past and the present. The processes of fragmentation are often reinforced by nationalist views of international relations, and this leads to immersion in national history rather than to successful joint projects of the future.

The solution for dealing with this vicious circle lies in informing the public about the neighbors, through joint media platforms, communication and contact, intensification of economic activity at the border, initially in small projects, through complete rejection of discourse and clichés inspired by neo-imperial centers. This will allow accumulating social capital and preventing social fragmentation from outside the CEE countries.