«The Presence of the Russian Federation in Donbas as A Long-Term Problem», – Yaroslav Bozhko is a political analyst

The title of my report is «The Presence of the Russian Federation in Donbass as A Long-Term Problem» and although it might not be considered optimistic, but it assists us in comprehending the scale of the problems encountering by Ukraine and other Mediterranean countries. 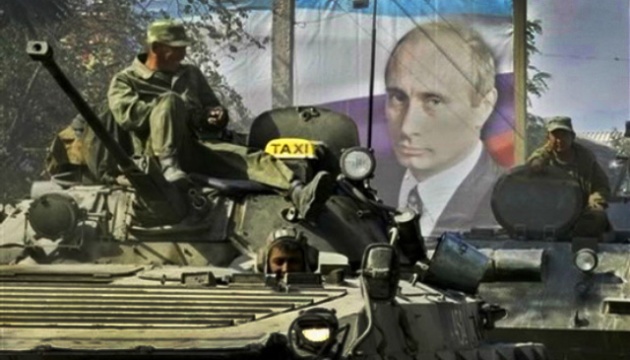 First of all, we have to realize what Samuel Huntington once highlighted: «hard power» has the ability to be deformed into «soft». The precise meaning is that in Donbass, the Russian Federation, having gained some considerable time and seized territory, poses long-term problems for Ukraine by creating an alternative political identity, ideas of «separate Donbass» and other things that will be quite incompatible with Ukraine’s political climate, even if the Russian military disappears.

Therefore, the presence of the Russian Federation poses a long-term problem for Ukraine. The Russian Federation no longer proceeds from the reality of the possibility of a rapid establishment of a pro-Russian regime in Ukraine, so it performs differently by «deactivating» Ukraine as a state, conducting regular strikes on authorities, public consensus and performing information and psychological special operations.

Thenceforward it will be a challenge for the whole region, because we have observed similar instances in Transnistria, South Ossetia, Abkhazia, Nagorno-Karabakh. In all occasions, we are dealing not simply with the phenomenon of separatism or the desire for self-determination, but with Russia’s strategy to provoke targeted strife in these regions in order to maintain a foothold in countries that could quickly be united with the West.

At the same time, the problems for Ukraine, Georgia, and Moldova will not be exclusively related to the military presence of the Russian Federation on their territory. During it, Russia has considerable time to address long-term problems through the humanitarian and cultural spheres. Therefore, even in the case of the physical re-establishment of control over the regions, it is impossible to consider rapid reintegration, even in theory.

I concentrated meticulous attention on the voiced reception of conflict through the prism of the theory of social capital. To a large extent, this is something that resonates very well with my vision of the situation. Russia acts primarily on promoting social atomization of people in other countries, and this problem multiplied by the deficiency of sustainable institutions exacerbates the consequences of such influence.