Historical science plays a crucial role in the formation of national consciousness of the nation. 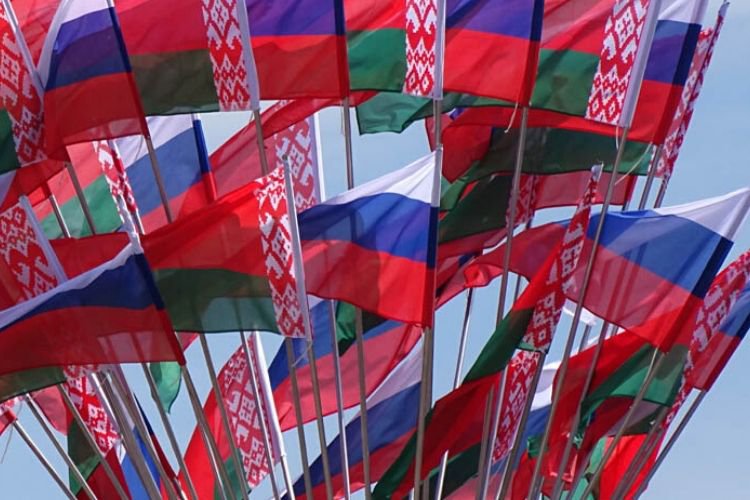 In this sense, Belarus is in a very dangerous situation. At Soviet time, the past of Belarus was considered from a Marxist-Leninist perspective. As soon as Belarus declared independence in 1991, a short period of objective consideration of national history began.

Since 1994 the Soviet approaches started spreading into the Belarusian historical science to outline main aspects of the history of Belarus. This situation continues currently, and it is actively applied by the Eastern neighbor of Belarus. Russian ideologues (the majority of whom are qualified historians), profiting from the weakness of the Belarusian state ideology, are trying to manipulate historical facts and are applying them to influence the Belarusian society that is little aware of the local history. History and Memory Research Fund, headed by Russian historian Alexander Zhukov, is one of the centers of Russian influence in the historical area of Belarus. The mentioned organization was established in 2008 and from the beginning of its functioning actively was involved in the process of formation of Belarusian historiography. Pledging active support for «conducting research of the actual historical events of Russia and Eastern Europe», Russian Publishers Association and Russian Foundation for Basic Research go in the right direction of the Kremlin to develop Belarusian historical science. This is especially concerned with publishing collections of archival documents «Khatyn Killers: the 118th Ukrainian Police Battalion in Belarus» (2018) or «NKVD in Western Belarus» (2019). The former document actively insists on the fact that the Belarusian village was burned … by the Ukrainians. This, of course, is given from the perspective of the Russian-Ukrainian conflict in Donbas, in which Belarus (within a political sphere) tries to maintain a neutral position. What is happening to the Belarusian society? This presupposes clever manoeuvre for Russian propagandists. «„Bandera“ burned peaceful Belarusian peasants» — this postulate has been widely spread in Russian media since 2014. In addition, articulated idea begins to appear through historical works positioned as purely archival.

In the year of the 80th anniversary of the beginning of the Second World War, Russia began to actively develop the theme of «liberation campaign of Red Army in Western Belarus and Ukraine». In June of 2019, the original Soviet copy of the Pact Ribbentrop-Molotov Pact, signed in August 1939, was published on the website of History and Memory Research Fund. The fact of publication has to demonstrate the «transparency» of the Russian historical science, which allegedly states, «We do not hide the truth.» However, it is far more complicated. The Kremlin is actively engaged in exploitation issue of «17 September 1939», when the Soviet Union began to reach «historic borders» after interwar twenty years. In this context, the important role is played by the old Soviet postulate about «the salvation of the brothers of the Belarusians and the Ukrainians,» which, from Russian perspective, remains relevant today. The authors of the book «NKVD in Western Belarus» declare that «they seek to show the common picture of the actions of NKVD at all levels in the context of socio-political problems which the political leadership of the Soviet Union and of the Byelorussian SSR encountered». The main conclusion of the collection is the statement that «workers of NKVD were providing security functioning of local authorities, were taking care of the most important economic facilities, industrial establishments and institutions to prevent embezzlement, robberies and thefts, were creating the conditions for the elections to take place and for the work of the National Assembly of Western Belarus in Bialystok ». Thus, the emphasis from the repressive policies of the Bolshevik system in Western Belarus is put on «purely administrative work and given instructions». The situation could have improved if, for example, collections of personal files of those people who were arrested in 1939-1940 on the territory of the former North-Eastern provinces of the Second Polish-Lithuanian Commonwealth, including the representatives of the «Polish contingent». But these facts demonstrate the true «work» of NKVD, and therefore their disclosure to the public is contrary to the interests of contemporary Russian propaganda.

Popular publications on the World Wide Web appeared on the eve of important historical dates have a particularly important role in the spreading of the «Russian ideology» on the history of Belarus. Due to the refusal by the Polish side to invite the Russian President Vladimir Putin to Warsaw for the celebrations associated with the 80th anniversary from the beginning of the Second World War, the majority of Russian Internet resources started to blame pre-war Poland for initiating the Second World War. On the eve of the 80th anniversary of the «Polish campaign of the Red Army in Western Belarus and Ukraine», the secret documents of the General Headquarters of the Russian Federation were published on the website of the Ministry of Defence of the Russian Federation. A memorandum March 24, 1938, written by the superior of the General Headquarters, the commander of the 1st rank named Boris Shaposhnikov was among those secret documents, in which the Soviet military commander analyzed the ability of struggle of the USSR against its neighbors, Europe and the Far East. The memorandum noted that «Poland is in the orbit of Nazi (of Germany and Italy) block, trying to maintain apparent independence of its foreign policy.» Shaposhnikov seriously considered the German-Polish military alliance against the Soviet Union. From current perspective, having analyzed a considerable amount of archival materials, we can state that the Second Polish-Lithuanian Commonwealth was not about to oppose the Soviet Union on the side of the Third Reich. At the same time, thousands of Belarusians and natives of Western Belarus fought against the Nazis in the Polish army from the first day of the Second World War. However, the Soviet opinion on the events of the Second World War dominate in modern Belarus, and publication of such documents without historical comments and evidence, made from Belarusian national positions may distort the historical reality of the 1930-ies.

It should be emphasized that the official authorities of Belarus reacted «quite positively» to the 80th anniversary of the annexation of Western Belarus to the Belarusian SSR. At the same time, various publications in Russia were actively commenting on this topic. Some Russian mass-media promote the idea of ​​granting the status of a national holiday to September 17. It is evident that they do not seek to protect the Belarusian historical heritage and statehood. The main concern is to confront Minsk Warsaw and to create another «hot spot» in the already tense Belarusian-Polish interstate relations.

In addition to the events of the twentieth century, Russia is actively working on the subject of «Tadeusz Kosciuszko as a Polish hero», the Union of Lublin, directed against Moscow, which presupposes that it is a negative page in Belarusian history and in other subjects of it. Considering the absence of objective Belarusian historical studies, popular publications have a negative influence on generating the historical outlook of Belarusian society. 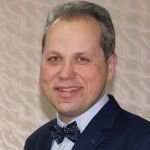