Discrediting the Ukrainian-American talks — evidence of the Kremlin’s defeat

The «Empire of Evil» cannot be reconciled with the choice of the Ukrainian people and Kyiv’s withdrawal from the orbit. After all, with the loss of Ukraine, Russia lost its status and influence. 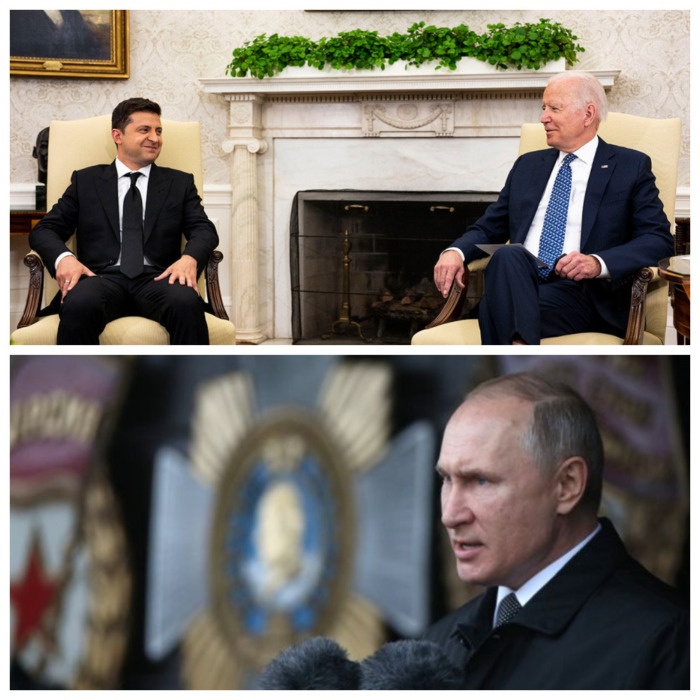 However, despite the fact that all efforts in Ukraine remain committed to Euro-Atlantic values, to the development of relations with the countries of the civilized world, and to steady integration into the EU and NATO.

Recently, President of Ukraine Volodymyr Zelenskyy paid a visit to the United States. The Ukrainian delegation held about 20 important meetings, and a number of bilateral strategic agreements were signed because of these negotiations. On September 1, Volodymyr Zelenskyy met with Joe Biden. Following the talks, the parties issued a joint statement on the strategic partnership between the two countries.

After President Zelenskyy’s visit to the United States, the Russian media launched a dirty information campaign to discredit both the visit itself and the treaties and agreements concluded during it.

The Kremlin’s actions in this regard were absolutely predictable for Kyiv, given the historically hostile attitude of the «northern neighbor» to Ukraine. Moreover, precisely because the Kremlin’s reaction was so categorical, the visit certainly should be recognized as a successful one. The intelligence campaign of the Russian secret services regarding the meeting between Biden and Zelenskyy demonstrates the Kremlin’s fear of the effectiveness of collective measures against Russian aggression and Ukraine’s foreign policy in general.

Russia’s information campaign has at least two dimensions. The first is the desire to avenge the defeats of recent months. After all, the return of the issue of annexation of Crimea to the agenda of world politics during the founding summit of the «Crimea Platform», which took place in August this year in Kyiv, testified to the actual failure of Putin’s policy in the Crimean direction.

As a result of the summit, the Ukrainian authorities not only effectively and legally consolidated the policy of collective efforts against violating countries, but also translated it into a plane of concrete action. During the summit, the participating states signed a Joint declaration recognizing Russia as the occupying power of Crimea and calling on the Kremlin to stop violating international humanitarian law and return the occupied peninsula to Ukraine.

And all this — in addition to the resolutions adopted annually by the UN General Assembly condemning the annexation, militarization and human rights violations in the occupied Crimea. Every year the international pressure on Russia only increases, and this worries Russia very much.

The second dimension is purely pragmatic. During the visit of the Ukrainian delegation to Washington, defense, financial and investment agreements were concluded. Strengthening Ukrainian-American relations runs counter to Putin’s interests towards official Kyiv. The Kremlin is interested in a weak Ukraine.

Russia also fears new sanctions from the United States and the international community over the militarization of Crimea and the deployment of nuclear weapons on the peninsula. Washington is well aware that Russia has de facto occupied the Sea of ​​Azov and changed the balance in the Black Sea region, as evidenced by the agreement between Biden and Zelenskyy in the framework of the defense agreement concluded during the visit.

Unprecedented US support for Ukraine, including in the defense sphere, frightens the Russian leadership. What is more, if before the visit everything was limited to the statements, now we have specific agreements for Washington’s military support of official Kyiv. This, of course, irritates the Kremlin, but the aggressor country stubbornly forgets that these processes were the result of its own aggression against Ukraine. The inability to admit one’s own mistakes and, worse, the headstrong unwillingness to correct them has become the Kremlin master’s «calling card» and only undermines Russia’s authority in the world and its already weak positions.