With the emergence of independent post-communist states, their entry as equal partners in the European Union and world community, the request to build relations with neighboring countries on principles of mutual respect, trust and cooperation becomes more relevant. 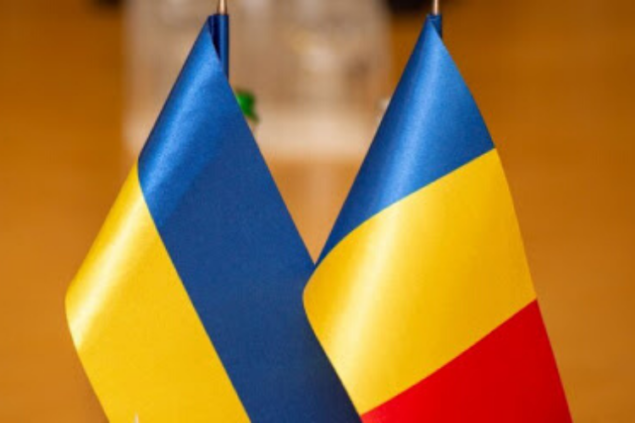 This can also be facilitated by an objective coverage of issues of the past, especially those previously either suppressed or partially outlined. The latter, of course, embraces problems of border territories, for which, in the complex interweaving of various aspects of international and domestic political processes, their territorial affiliation has changed.

Border regions having some influence on international relations, especially on those with Ukraine, the Republic of Moldova and Romania (and Russia, in particular), the problem of Bukovina and Bessarabia Id a subject of constant scientific interest, and their historical fate continues to provoke scientific debates and political controversy. Two territories — two regions and two changes of state affiliation.

A vivid illustration of border territories’ complex fate might serve the life of my grandmother. She lived to 90 years. Being born in Austria-Hungary, married and having children in Romania, working in a collective farm and raising grandchildren in the Soviet Union, she died in Ukraine. At the same time, she lived all the time in her native village Ostrytsya, which borders the city of Chernivtsi. And such fate was of hundreds thousands border area residents who had to adapt changes in all areas of their lives, from political to household ones.

Consequently, when we consider history, it should be mentioned that we encounter at least two different stories in each country. First of all, it is a didactic story taught at school. It is mostly schematic, legendary, quite patriotic and, as a rule, far from being objective and scientific. After all, its main task is to acquaint children with basic stages of history of the state, to cultivate a sense of pride for their people, their state, that is, presupposing to promote patriotism among them. This story depends more on education officials than on academia in each country.

However, there is history as science, which professional historians investigate and explore. Some of its elements are taught in higher education institutions. It is worth considering particular problems and ambiguities in its interpretation. Thus history is evidently more objective than school didactic, though it id imperfect in terms of schematics, tendencies, and excessive ideologization. However, there are also positive trends. The desire to comprehend historical events, to become involved in an argument with opponents (not necessarily meaning agreeing with them). Subsequently, various levels of ‘history’ undertake and perform different tasks. The necessity for professionals from different sides of the border to collaborate for deeper exploration of historical processes in the context of mutual dialogue had been emphasized by academia.

I am not an absolute idealist considering that historians produce a common story on different sides of the borders. No, each party will retain its national emotionality and ideological coloring of events. In this case, it would be absolutely realistic to jointly develop common approaches, evaluation criteria for the problem under investigation. Common scientific research and dialogue would undoubtedly unite the parties together.

Authors from different sides of the borders should apply both traditional and novel methodological approaches to investigate topics of common interest relating primarily to a more detailed examination of the geopolitical, strategic and economic interests of countries that had a decisive role in certain events at the beginning of World War II. Synergistic should be included to traditional methodological approaches. It is critically important to analyze those other historical events, obeying the rules of international law during investigative period, as these may constitute common evaluation criteria that will, to some extent, overcome the national-emotional component and political engagement of researchers from different countries. Undoubtedly, historical and descriptive, historical-comparative, problem-chronological, intuitive-logical, analytic-prognostic, retrospective and discursive methods, while being guided by the principles of objectivity, are already applied for historical analysis.

For school didactic history, the first would be to remove incorrect statements (which, moreover, often have no scientific basis) from school textbooks, regarding neighbors or representatives of ethnic groups in the country. For instance, when World War II is regarded, virtually all historians consider it the bloodiest and most tragic event in human history. Instead, the analysis of causes and nature of the war demonstrates a certain deficiency in positions.

While interpreting history (especially didactic one struggles with it), national terms are generally applied, such as, «Ukrainian lands», «Polish lands», «Romanian lands» or even more — «originally Russian lands» (while lower chronological frameworks of these «primordial lands», are not always specified», for instance, when does primordiality begin?)

Unfortunately, in Ukrainian historiography (I primarily consider it, as by virtue of being a citizen of Ukraine, it is my firm belief that any criticism necessary start with me), we often encounter that the Red Army released the Western Ukrainian and Western Belarussian lands, liberated Bessarabia and reunited Northern Bukovina with the USSR.

Should we analyze these events in terms of international law, it was the aggression of the USSR against the territories of the sovereign states (Poland, Finland, Latvia, Lithuania, Estonia, Romania). However, this does not presuppose that victims of one aggression could not have been aggressors in another episode (previous or upcoming).

Thus, we approached problematic aspects of the history of World War II in Ukrainian-Romanian relations, which are currently factors of sensitivity in bilateral relations. These are primarily the problems of Bessarabia and the northern part of Bukovina, which were annexed to the USSR in the summer of 1940 as a result of Soviet-German secret agreements on the division of spheres of influence. The territories were merged as a result of military operation performed by the Southern Front, particularly created for this purpose from parts of the Kiev Special and Odessa military districts. A huge propaganda apparatus was applied to influence the population.

It is worth considering that in historiography of different countries, these events are interpreted from different perspectives, sometimes diametrically opposite.

USSR’s international obligations are violated by these actions, regarding already mentioned states, namely:

– Moscow Protocol on its early entry put into action by countries which signed it in 1929;

– Convention for the Definition of Aggression of 1933.

Should we analyze these events and violations of international law rules of that time, they are reminiscent of the actions of the Russian Federation in the Crimea, by the logic of hybridity. And does this not presuppose that when we endeavor not to notice the nature and instruments of the USSR foreign policy at the beginning of World War II, we, unwillingly, tolerate Russia’s aggressive policy at the present stage?

The most incorrect position is the interpretation of any historical events from perspective of the Russian Federation, naming any of its actions a release. Decree «On the Workers ’and Peasants’ Red Army No. 0140 of June 21, 1940 should be emphasized (many years ago I encountered it in the funds of the Central Archive of the Soviet Army). Alongside with topics of political information and conversations required to be conducted with the Red Army and junior commanders, such as military duty, discipline, betrayal of the Motherland, relations of the USSR with Romania, it emphasized, «Wars are just and unjust. Any war waged by the state of workers and peasants is a just war, a liberation one.»

This is probably the reason why the Great Patriotic War is separated from World War II in modern Russian historiography. It is extremely unpleasant to realize the nature of the war by the USSR at the beginning and after June 1941, while defining the role of the USSR in this war at different times (in other words, it is a shame to admit that at the beginning of the war the USSR was an aggressor against a number of countries. It is of vital importance to consider the results of World War II. Thus, a positive one was the destruction of Nazism (fascism) at the state level. However, in our opinion, speculation around this issue is inadmissible. Is the victory over Nazi Germany a merit only for the USSR, or especially only for the Russian Federation? Did the other peoples of the USSR and other countries of the Anti-Hitler Coalition not contribute to this? Were the nations liberated from the USSR given freedom?

Ukraine has entered the world community with the intention of living in peace and good neighborliness with other states. Relying on the system of international treaties, first of all, the Helsinki Accords and the Paris Declaration, our country establishes relations with its neighbors on the principles of inviolability of borders and non-interference in the internal affairs of other states. It is a reason why it is currently necessary to consider the issue of maintaining the territorial status quo in Southeast Europe from a fresher perspective. After all, this question applies not only to Ukraine, but also to the majority of countries of the Central and South-Eastern Europe. Subsequently, a thorough study of the problems arisen in connection with the fundamental changes on the European continent, namely: the restoration of statehood by the Baltic states, the declaration of independent states from the former USSR, including the birthplace of participants of the round table: Ukraine, Belarus, Georgia and Moldova, is of paramount importance for maintaining stability and peace here. And we, in my opinion, should not support Russian historical science, which interprets international law from the standpoint of our own benefit, because, in defending Russia’s «scrapes», we assume a role of its victims. Conversely, adopting a common position with European states will allow us to create a general front for resistance to banditry and piracy within international relations.