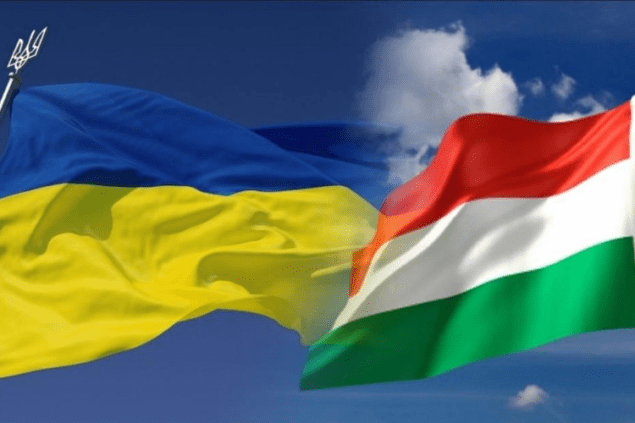 The Intermarium Alliance, ie broad cooperation between the countries from the Baltic Sea to the Black Sea, is a good and only possible way to form a strong bloc against Russian imperialism.

The cooperation of the Visegrad-4: Poland, Slovakia, the Czech Republic and Hungary also deserves special attention. Huge capital, recently concentrated in the hands of Ukrainian oligarchs, can be invested in particular in the countries of Visegrad Four. This bloc can accumulate economic resources and political power in order to oppose Russian military imperialism. Russian imperialism is an essential phenomenon of existing Russian society. Thus, the Western world must limit Russia. Russia can only understand the language of strength and power.

The Prime Minister of Hungary Viktor Orbán has introduced our country to the Turkish Council, officially the Cooperation Council of Turkic-Speaking States (CCTS), which consists of Azerbaijan, Kazakhstan, Kyrgyzstan, Turkey and Uzbekistan. The observer states are Turkmenistan and Hungary. Why is Hungary there? This is complete nonsense.

Please note that the new Prime Minister of Slovakia, Igor Matovych, paid his first official visit to Hungary on June 12, 2020. During a meeting with Prime Minister Orban, the latter said: «Hungary is an Asian nation and Hungarians are the only people who came from east to west — we are the ’westernmost Asian people,’» according to the daily magazine 24.hu«. What does it mean to declare our people «Eastern» or «Asian»?

The online magazine Pestibulvar (named after the historic part of Budapest’s capital on the right bank of the Danube, the Pest River) wrote a few months ago, on November 21, 2019: «Orban and Fidesz [the name of the ruling party] are promoting Hungary in the Eurasian Economic Community together with Kazakhstan and Kyrgyzstan. Orban has already connected our country with Russia with so many threads, it is sufficient to mention the construction of the Paks-2 nuclear reactor at the expense of a giant Russian loan. If he wins the next election in 2022, Fidesz will unite Hungary into a new Eastern bloc. This is exactly what Putin meant when he spoke openly about our withdrawal from the European Union. » [author’s translation from Hungarian].

If we look at the attitude of the Hungarian people towards the Ukrainian people, we have never before treated Ukraine with such sharp criticism as the current government. The reception of Ukrainian literature in Hungary was formed at the turn of the 19th and 20th centuries, when the outstanding author of the time, Ivan Franko, published his History of Ukrainian Literature in Budapest, published in Hungarian. In addition, in 1916, a group of Hungarian writers and historians published a magazine in Hungarian under the Latin name Ukrania, in the midst of World War I, to introduce Hungarian readers to neighboring Ukrainian culture.

The last liberal democracy functioned in Hungary at the turn of the 19th and 20th centuries, ie in Austro-Hungarian Empire, when the capital Budapest was developing, the Jews were emancipated and included in the development of the economy and culture. Then, after the break-up of Austria-Hungary, independent Hungary experienced several totalitarian, xenophobic, anti-liberal regimes, such as the (officially named) «Kingdom» under Governor Horthy between the two world wars, and then «socialist democracy» under Party Secretary Kadari during socialism, and now «illiberal (ie anti-liberal) democracy» under Prime Minister Orban.

Recently, during a decade of «nationalist» regime, the average Hungarian dislikes Ukrainians among all neighbors, according to a government-backed poll conducted by the government. Current political issues must be addressed through a diplomatic and emphatic approach, not an escalation of the conflict, wrote Geza Yessensky, a former Foreign Minister and professor of political science in the United States, in his essays on moderate conflict management. He drafted the «Agreement on the Fundamentals of Good Neighborliness and Cooperation between Ukraine and Hungary», which was signed on December 6, 1991 and entered into force on June 16, 1993. He is no longer an accepted man for the modern political regime.

Prime Minister Orban delivered a speech on October 23, 2018 in Budapest (at the ceremony celebrating the anniversary of the Hungarian Revolution of 1956 against the Soviet communist regime), where he said that he no longer considered the Ukrainian-Hungarian agreement valid. He stated that he was ready to «accept» from Ukraine the territories inhabited by Hungarians.

Lots of current power is concentrated in the hands of our current government and they can continue to rule our country. In a state of emergency, hospitals remain under the leadership of the army, ie a specific hospital is run by a certain officer. And the laws governing this procedure remain in force indefinitely. There is another aspect of the topic: we live in an era of computerization, informatization. We have a law that state security bodies can see any communication on the Internet, any conversation of a citizen or organization at any time.

Russian propaganda is working in Hungary. Once I was talking to a simple elderly Hungarian woman who did not speak Russian at all. But she said she was a good Christian and prayed for President Putin because he was a good Christian. Russian imperialism is always a threat, because Russia’s policy is to achieve dominance over other countries as much as it is allowed to. Russia wens, is still going and will go to the extreme borders. What can stop her? When will Russia feel or see that there is a border, a «red line» that it cannot cross?

In conclusion I want to mention that all Eastern European countries, Poland, Ukraine, Lithuania and others, have a similar historical memory. Some countries have not had a state existence for centuries. And what were the territorial disputes? The Treaty of Trianon was a hundred years ago, when Hungary left many territories. Such maps are a manifestation of painful historical complexes. But today they cannot be resolved other than by joining the European Union and strengthening its membership. Everyone has problems everywhere. But we cannot regain some of the «historical boundaries.»