Ukraine in news reports of the western media 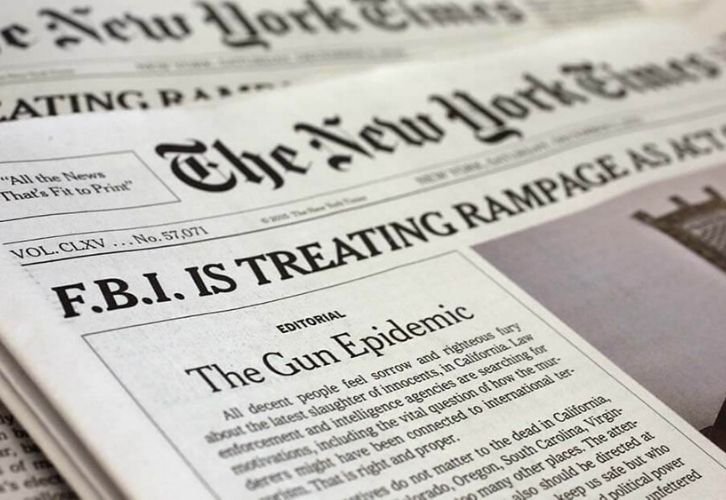 Such a large European Country as Ukraine can hardly be avoided by world’s leading newspapers and the websites’ vigilant eyes even for a day. This world becomes smaller and smaller and we all begin to understand more clearly how dependent we are from the civilized attitude, law obedience and order in other states, no matter how far they are situated from our homes. So, let us retrospectively revive what did happen in Ukraine during March, 2020 through foreign media.

President Volodymyr Zelensky of Ukraine faulted his ministers for poor performance and for appointing foreigners to company boards, although Western donors have encouraged the practice.

The shake-up was the most sweeping since Mr. Zelensky, a former comedian, won a presidential election last spring on promises to end a six-year war with Russian-backed separatists, and to root out corruption.

Over the summer, President Trump strained American ties with Ukraine by withholding around $400 million in military aid while requesting that Mr. Zelensky announce an investigation of unsubstantiated corruption accusations against former Vice President Joseph R. Biden Jr. and his son Hunter Biden. Mr. Trump also wanted the Ukrainian government to look into unfounded claims that Ukraine meddled in the 2016 election to help Hillary Clinton. – stressed the New York Times on March 4, 2020

Attacks on education facilities in occupied parts of Ukraine and on the frontline, Situation Report, as of 04 March 2020

According to the available information starting from the beginning of 2020 two schools were directly damaged as a result of hostilities. On February 27 approximately at 15.20 pm the school window was damaged due to hostilities in Horlivka school #10. On February 29 window on the fourth floor of the school in Oleksandrivka was broken as a result of heavy machine-gun fire. No injuries reported. as a result of recent escalation five cases of temporarily schools closure were reported in Tryokhizbenka and Novotoshkivske (Luhansk GCA) and Zolote-5 (Luhansk NGCA), but due to the flue quarantine in the area and lack of access to NGCA it is still hard to give the proper analysis of the scale. Based on the feedback from Education Cluster partners present in the area, psychological state of children was negatively influenced with the escalation. While none of those incidents has resulted in massive destruction to the school infrastructure, the reoccurrence of incidents makes attendance of the school extremely unsafe for children and staff. – Has stated the Relief Web in one of their reports on Ukraine. March 4, 2020

The Ukrainian president, Volodymyr Zelenskiy, has launched a broad government reshuffle, ousting the country’s prime minister amid falling approval ratings and signs that his reform agenda has stalled.

Oleksiy Honcharuk, 35, was dismissed on Wednesday by a vote of lawmakers in Ukraine’s parliament, the Verkhovna Rada, automatically causing the resignation of the government. His term as prime minister lasted less than six months and was beset by political infighting and the release of a secret recording in which he referred to Zelenskiy’s understanding of economics as “primitive”.

Zelenskiy has proposed Denys Shmygal, 44, as his replacement. He is a little-known former official and businessman from western Ukraine who used to work for DTEK, an energy firm owned by Rinat Akhmetov, one of Ukraine’s richest men.

The shake-up could also elevate other candidates with ties to previous governments and major businessmen, raising further questions of what it could mean for the window of change under Zelenskiy. “The picture in Kyiv today looks very grim indeed,” wrote Melinda Haring of the Atlantic Council think-tank. — This way the Guardian describes Ukraine’s political events on March 4, 2020

Republicans, Egged On by Trump, Scrutinize Hunter Biden as His Father Surges

The escalation of a Senate inquiry into Joseph R. Biden Jr.’s son has coincided with the former vice president’s overwhelming electoral turnaround.

Republicans are wielding the power of their Senate majority to intensify an election-year investigation of Hunter Biden’s work for a Ukrainian energy firm, putting new scrutiny on the son of Joseph R. Biden Jr. as the former vice president re-emerges as President Trump’s chief rival for the presidency.

In elevating questions about the younger Mr. Biden’s work in Ukraine, Senate Republicans are effectively picking up where the president left off last year when he pressed the country’s leaders to investigate the Bidens, an effort that led to his impeachment in the House on charges that he abused his power by seeking foreign help in the 2020 election. It is part of a broader attempt by his allies on Capitol Hill to breathe fresh life into politically charged inquiries into issues that have preoccupied Mr. Trump. – Once more reminds us the New York Times. March 5, 2020

Ukraine president: Putin has one year to strike deal to end war

In an exclusive interview, Volodymyr Zelenskiy says he is ready to walk away from Russia talks unless there is progress

“My White House invitation? I was told it is being prepared”

Ukraine’s president, Volodymyr Zelenskiy, believes he can negotiate a deal with Vladimir Putin to end the war in Ukraine, but has threatened to walk away from talks after a year if there is no progress with his Russian counterpart.

“Time is ticking”, he told the Guardian in a rare interview. “The government can spend one year on the entire agreement. Then it should be implemented. Any longer is prohibited.”

Zelenskiy, an actor and comedian who had no political experience when he won presidential elections last spring, said his meeting with Putin in Paris in December had “a few emotional parts”. He believes he got through to Putin during the meeting: “I think he listened to me. I had that feeling. I hope it’s not a false feeling.”

In the wide-ranging interview, conducted in Kyiv in late February, Zelenskiy also discussed his unwanted role in the attempted impeachment of Donald Trump and his relations with the US following the conclusion of the trial. – Directly speaks the Guardian. March 6, 2020

The Homeland Security Committee, which is looking into Hunter Biden and Ukraine’s role in the 2016 election, was told a former Ukrainian official could be spreading Russian disinformation.

A Republican Senate committee chairman abruptly called off a subpoena vote on Wednesday after federal authorities shared concerns that a former Ukrainian official cooperating with Republican investigators could be spreading Russian disinformation.

Senator Ron Johnson, Republican of Wisconsin, the chairman of the Homeland Security and Governmental Affairs Committee, was under pressure from Democrats and members of his own party after a pair of briefings from federal officials on Tuesday. The briefings raised questions about the Ukrainian’s reliability as a source for two politically sensitive investigations before the committee, including one into the family of former Vice President Joseph R. Biden Jr.

Mr. Johnson told lawmakers Wednesday afternoon he would delay his pursuit of additional documents from the former Ukrainian official, Andrii Telizhenko, until intelligence officials could provide more information to lawmakers. – Underlines the New York Times reminding the uncovered questions existing between Ukraine and the U.S.A. March 11, 2020

In Ukraine, veterans, nationalist groups and political parties participated in several demonstrations expressing discontent over the Minsk peace plan for the Donbass region. In the Donbass region, fighting between Ukrainian government forces and separatist rebels continued at similar levels to the week prior, with 134 armed clashes and 188 shelling incidents resulting in four reported fatalities. — Reminds us the ACLED, pointing that Russian intervention against Ukraine still going on. March 14, 2020

Most Ukrainians are currently focusing their attention almost exclusively on the unique challenges posed by the coronavirus pandemic. This is entirely understandable, but the undeclared and ongoing war with Russia remains an arguably greater threat to the country’s future well-being. A number of developments in recent days have raised questions over Ukrainian President Volodymyr Zelenskyy’s approach to ending the war, while also highlighting the risks posed by Ukraine’s diminished but still significant pro-Kremlin contingent.

While on March 10, Ukrainian lawmaker Viktor Medvedchuk led a delegation of Ukrainian parliamentarians from his Opposition Platform – For Life party on a visit to Moscow, where it was received by Russian President Vladimir Putin and Duma Chairman Vyacheslav Volodin.

Ostensibly, the purpose of the visit was to endorse an initiative from Medvedchuk’s pro-Russian party to promote the establishment of an inter-parliamentary union of deputies from Ukraine, Russia, Germany and France to “assist the respective heads of states (of the four Normandy Format countries) in the peaceful settlement of the conflict in eastern Ukraine.” Reading between the lines, there is little doubt that the objective of the initiative is to engage pro-Russian deputies in Germany and France, and perhaps elsewhere, alongside their Ukrainian colleagues in order to support Moscow’s line and increase the pressure on Kyiv to accept peace on Russian terms. – Such was an observation from the Atlantic Council. March 16, 2020

“Organizers of a street protest in Kyiv say resisting Russian influence is more important than honoring a ban on mass gatherings.” Covered news of the day from Ukraine New York Times. March 17, 2020

Living next door to a superpower: How Canada’s experience can help Ukraine

While Canada has been consistently and steadfastly supportive of Ukraine, we also know there’s no denying the looming reality of a militarily dominant and deeply economically interconnected neighbor. This is a geopolitical reality that is not entirely foreign to us.

It is true that any political settlement of a conflict involves painful compromises. And yes, settling differences may involve dealing with distasteful players and, indeed, enemies. But launching into these steps in the absence of political consensus, even within the governing party’s own parliamentary faction, is to disregard the elements for a winning negotiating formula and lasting settlement. Taking the time to build a national negotiating strategy using institutions such as the National Security and Defense Council, and taking advantage of the pandemic lull in public activity to build consensus among political forces in the Ukrainian parliament and beyond, will better equip Ukraine to pursue its own security and sovereignty priorities, rather than worrying about tripping over red lines. — Writes in the Atlantic Council Roman Waschuk, the former Ambassador of Canada to Ukraine (2014-19). March 18, 2020

Dozens of protesters have clashed with police and hurled stones at buses in Ukraine carrying more than 70 people who were evacuated from China over fears about the ongoing coronavirus outbreak.
Although Ukrainian authorities have worked to assure local residents in the village of Novi Sanzhary that none of the evacuees have symptoms of the virus, panic over a potential outbreak in the Eastern European country led to some residents attempting to block the buses.

Argentina’s Foreign Ministry has thanked Ukraine for its «generosity» in taking passengers and China for its collaboration. — In such an almost positive way Ukraine was mentioned by the Independent. March 18, 2020

The final direct flight to the United States departed on March 27. No further flights to the United States are scheduled at this time. We will maintain a list of U.S. citizens who are considering leaving Ukraine for the United States. Please enroll in the Smart Traveler Enrollment Program (STEP), in addition, provide your name and contact information to our email address [email protected] so we can contact you as soon as we have any further updates. – Means the quarantine is just began and everything is not as easy to resolve as we might count these days facing COVID — 19. March 27, 2020 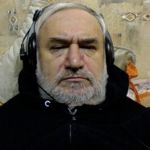 Hello to all
In this baffling span, I proclivity you all
Prize your family and friends