My sincere greetings to the organizers and participants of this inspiring conference. Bearing in mind past experience, I find our discussion rather topical and timely, as for some states nostalgia for the past has become an official policy. 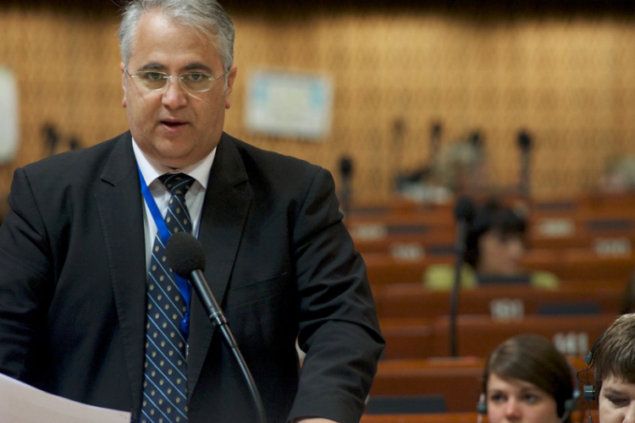 For Vladimir Putin, for example, the Soviet Union’s collapse was a veritable geopolitical disaster. In this pessimistic context the Kremlin uses a variety of measures ranging from propaganda, blackmail, and economic actions which seek to go back in time. All these actions are aimed at regaining its former imperial status as a powerful player on the continent.

In general, Russia’s propaganda scheme is very commonly known and it can be divided into three major parts. First of all, it is creating various threatening situations, supporting conflicts and disputes, and using them in the information and other fields. This includes the direct or indirect influence on the domestic policy of the countries of our region to determine the change of the pro-European policy of these states, the external influence on the internal processes. The second component, de facto, means nothing but supporting the pro-Russian forces to come to power in certain countries. And, last but not least, the use of various methods to shape the anti-Western rhetoric and, conversely, the pro-Russian one in the electoral space through such elements as faith, traditions, values bounding the former communist countries, including modern Russia.

However, in my opinion, the most threatening process is the formation of separatist territories within independent states, which threatens security in the whole region. Moscow never stays away from these processes, and even in the wars it has started itself or the ones it supports, it always positions them as a «just war», a «liberation war» or the one which leads to peacemaking.

Generally, we are familiar with these principles, when using force against the subjects of military conflicts the situation must be stabilized and brought to «peace». Both in Transnistria and Donbas, Russia has the same rhetoric which is about protection of Russian or Russian-speaking population from the enemies.

For this propaganda they use not only Russian media. By means of indirect methods they involve the press and journalists who stay just in the influenced countries. Bribery or other methods are implemented to bring Russia’s official discourse and the propagandists’ messages to the target group.

Russia continues to use the policy initiated in Joseph’s Stalin’s time and reflected in his 1951 work on linguistic principles, which presupposes the formation of artificial language: if we create an artificial language, we build up new people, forming a new nation; we fragment the existing people and nations. Thus, dividing the whole into parts, it is easier to influence the nearest geopolitical space.

I hope, these and many other topics will be discussed at the round table. I want to thank you for the invitation and for the privilege to have the opening speech.