Considering connection between history and politics in Moldova, particular attention should be devoted to the concept of «Moldovenism». This seemingly purely historical concept has been influencing political processes in Moldova for the last 100 years. 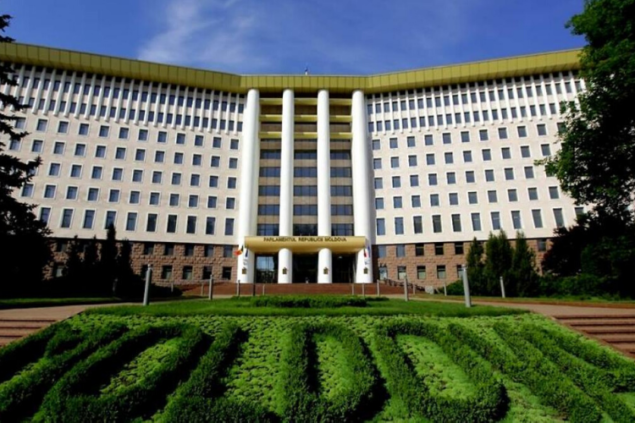 A distinguishing feature of «Moldovenism» is the fact that it is not an autochthonous product, but is the result of Soviet academics’ efforts to substantiate the claims of the Soviet Union on the territory between the Prut and the Dniester, widely considered as Bessarabia.

This territory, having primarily belonged to the Principality of Moldavia until the beginning of the 19th century, was annexed to the Russian Empire in 1812 and was a part of it until 1917. After the collapse of the empire in 1918, Bessarabia joined Romania, formed in 1859, as a result of the unification of the Principality of Moldavia and Wallachia.

The Soviet Union never recognized Bessarabia as Romanian and lodged a claim to these territories. The Moldovans, being granted autonomy for their Republic within the USSR, appeared to substantiate these attacks. Soviet propaganda demonstrated it as justice of the USSR, which, in contrast to the «boyar Romania», provides all nations with the opportunity to develop.It is worth mentioning that in the first years of Moldavia being granted its autonomy, it did not differ from the one that was on the other side of the Dniester. However, more elements of the local dialects were applied. Its policy changed in 30-ies, when it became evident that a dialect is not sufficient to base on for the creation of the Moldovan language. Then, novel orthography was introduced, embracing a large number of Russian words combined with the Russian alphabet instead of the Latin one. Many scientists were persecuted for the promotion of «Romanian nationalism», or for being considered «Romanian spies». A concerted campaign was also conducted to promote the idea of existence of the Moldovans as a separate ethnic group, advancing various radical theories of the origin of the Romanians and Moldovans from different ancient tribes, prior to recording the Moldovan to the Slavs. Scientists had to do real equilibristics to ignore all existing historical base, which proved otherwise. And since the 50-ies, narratives began to change and the Moldavians were much discussed, as the former Romanians, which developed under other conditions. This change occurred against a background of novel foreign policy environment. Bessarabia was again exposed to the annexation by the Soviet Union in 1940 and the Moldavian SSR intruded on its territory. Since 1947, Romania has become the allied government in the Communist bloc, but questions of history have left their vestige in already quite complex relations between two socialist states.

With the collapse of the Soviet Union, Moldovenism became archaic. The national liberation movement, resulted in Moldavia’s declaration of independence, started as a movement for recognizing the Moldovan population as a part of the Romanian ethnic group. The restitution of «Moldovenism» to the information field of the country had already occurred during the reign of the Party of Communists of Moldova, headed by Vladimir Voronin. However, it was more considered as an attempt to legitimize the established regime, to continue the historical tradition of the USSR as a part of its policy of returning to the USSR, which Vladimir Voronin promised to Moldovan voters. And although at the beginning there were distortions, for instance, the «Moldovan-Romanian dictionary», but at the end of the reign of the Moldovan Communists, in 2008, Marian Lupu, the second at that time person in the party, stated that «Romanians and Moldovans constitute one nation». More radical variants of ideas remained marginal.

The genuine renaissance of «Moldovenism» and the formation of its modern form occurred after 2010. It is associated with the appearance of the Party of Socialists of Moldova and its leader, the current President of the Republic of Moldova, Igor Dodon in the political arena, and with the beginning of the propaganda offensive of Russia. Novel «Moldovenism» became a part of Moscow’s anti-western message, with a focus on long-standing brotherly relations with Russia. In support of these theses, a lot of money is allocated both by the party and personally by President Dodon. For example, last year, with the support of the latter, the 3-part documentary «Moldova’s History» was filmed, covering the history of Moldavia from the Stone Age to the present. The authors generated special attention to the twentieth century and the events of the Second World War.

In modern interpretation, «Moldovenism» is formed around the thesis of existence of the Moldovan people, originating from the Dacians, and having long-standing friendly relations with Russia, its ancient traditions, based on family importance and orthodox views. The Romanians and Moldovans are different peoples who have been forming differently since the Dacians and have been at war with each other. At the same time, documents confirming the similarity and cultural unity of the population of the entire region occupied by Romania and Moldova are ignored.

Considerable attention is generated to relations with Russia, which liberated the Moldovans both from the Turks and the Germans, and is now Moldova’s main worthless partner, obliterating affectionate moments that would distort the image of the «eastern friend»: annexation, repression, deportation and famine. Considering Romanians, the situation is completely different. This is especially concerned with the history of the twentieth century and with the Second World War. Last year, a video was distributed on the Moldovan Internet where Romanians were even accused of genocide by the Moldovans. Rebellion was served as an example that covered Bessarabia in the ’20s and, in fact, had a social character and was caused by the problems of integrating the region from one economic system to another. However, in the video, the rebellion was demonstrated as having ethnic character and the Romanian army actions — as a planned action to exterminate the Moldovans.

Why did the Romanians become victims of demonization? Nowadays, Romania is a Moldova’s main partner towards European integration. For an ordinary citizen, Romania and the EU are generated as one image. Therefore, creating a negative image of the western neighbor, it is automatically transmitted to the entire Europe. A similar principle is applied by Russia when considering the invasion of Nazi Germany in the USSR in 1941, presupposes the invasion of the whole Europe. Negative feelings provoked by this historical trauma are transmitted on the entire Europe and the modern EU. Subsequently, anti-Romanian historical messages are transmitted along with criticism of the modern EU. At first, hearing about the Romanians who allegedly exported industry and people during World War II, and then about how the EU, IMF and Soros would devastate Moldova in the instance of integration into the European community, viewers formed necessary opinion.

An example of this might serve the incident of 2018, when, in the centenary of the unification of Bessarabia with Romania, some local councils performed with a symbolic exhortation for novel unification. This provoked resentment in the south of the country, especially in Gagauzia, where congresses of local deputies were convened (which remind of similar congresses of the southeastern Ukrainian deputies who passed after both public squares), where they raised their fears of the arrival of the so-called «Romanian gendarme».

Currently, the majority of Moldovan citizens consider themselves Moldovan and their language as Moldovan, although it is the same in both Bucharest and Chisinau. Nevertheless, the percentage of people who identify themselves as Romanians is increasing. According to the latest census, the percentage increased from 0.1% — in 2004 to 7% — in 2014. The youth increasingly consider themselves Romanians. Investigating the history of Moldavia, it is impossible not to discuss Romania and the community of cultures of the population of the region, also mentioned in the chronicle of Myron Kostin and, even, in the work of Dimitri Cantemir «Description of Moldova», the author of which is quite fond of quoting supporters of ‘Moldovenism’, omitting the pages about the common culture and roots of Moldavia, Wallachia and Transylvania. However, the task of the Moldovenism concept is not to answer these questions. It continues to conduct a mission for which it was once created: separation of Moldavia’s territory from the European space, of which it was a part, and strengthening of Moscow’s influence in the Black Sea region.

It is quite ironic that Russia, always accusing others of artificially creating the Ukrainians and Belarusians in the nineteenth and twentieth centuries, is assisting in providing the groundless idea of ​​the existence of a nation invented in the ’20s of the past century.

Roman Russu — Master of Political Science, Head of the Secretariat of the World Congress of Ukrainian Youth Organizations (SKUMO), Editor-in-Chief of Ukrainians.md