THE BALTIC-BLACK SEA REGION IN THE CONTEXTOF POST-BIPOLAR GEOPOLITICS

After the Cold War, approximately for two decades the leading international players have followed their policy of non-expansion and maintenance of territorial control outside of the civilizational area. The movement of NATO and EU to the East of the European continent merely presupposed territorial consolidation of Western civilization, alongside the United States and its allies studiously avoided any encroachment on the region of the former USSR (except the Baltic States). The same can be said about Russian policy on Post-Soviet territory, which tried to regain control without trying to go beyond the territory of the former USSR. Thus, post-bipolar geopolitics was to consolidate and to sustain retainment of control among the leading players within their respective civilization. 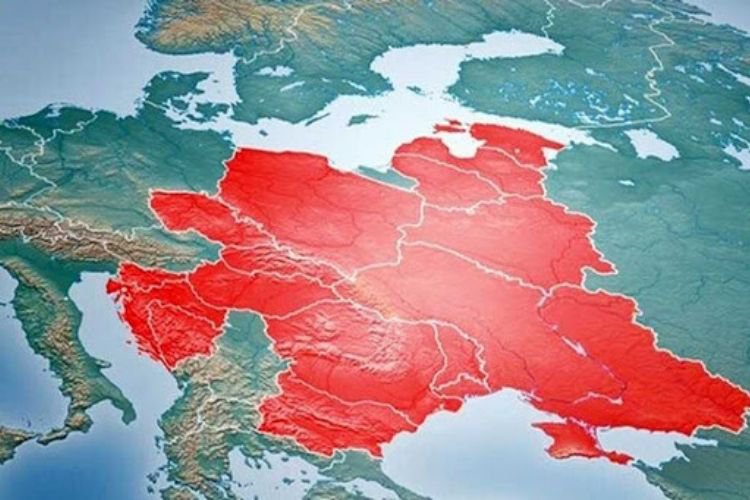 However, the situation changed at the beginning of the 21stcentury. This, in particular, showed that new powerful players started to press traditional big countries that had dominated in certain regions for centuries. As a typical example might serve the expansion of China in Africa and Latin America, which began in the early 90s, and subsequently after which the influence of Western countries substantially declined. China is still at the stage of establishing economic dominance in these regions, which, however, gradually will be transformed into a political one. In the end, hypothetically, we should not exclude the spread of geopolitical control of Beijing over unstable regions where the West has actually lost the dynamics of its influence.

We might observe the similar situation in Central and Eastern Europe and the Baltic-Black Sea region. The existential crisis of Western societies, and the stagnation of the European Union and other European and Euro-Atlantic institutional structures, in general, provide fertile ground for expanding the influence of China and Russia. History relentlessly shows that the position of power and control is sooner or later filled by extraneous forces. And this process has been already implemented into the Chinese project «The Belt and Road Initiative», and among its objectives are economic «reprogramming» of European Union to China and, thus, the destruction of the transatlantic relations. In general, we could say that the geopolitics of the 21stcentury will be determined by the struggle between the two superpowers, the United States and China, for global dominance and, for this purporse, Beijing has started the process of isolation of the US from its leading allies and partners, as well as displacing them from their traditional spheres of influence. On the other hand, Russia intensified its combined (hybrid) activity to weaken the main geopolitical opponent, which is the Western civilization with the aim of actual territorial restoration of the Soviet Union and, if possible, to play the «security belt» in Central and Eastern Europe that existed during the Cold War.

Taking everything mentioned above into consideration, let us consider the Baltic-Black Sea region, which is historically at the crossroads of three civilizations, and is focused onthe geopolitical struggle between the West and Russia. It happened so that at expense of control over the territories in the North-and South-West of the Russian Empire resolved not only the question of increasing its territory, but also existential issues of cultural and civilizational identity. The question was raised whether Muscovy would remain a descendant of the Golden Horde on the outskirts of the continent, conservating its socio-political status with prospects of stagnation and becoming a semi-colony or colony of major European countries, or Russia would be presented as a large European state and would be received a chance to remain as a leading international power. In a similar way, the current Russian ruling class formulates this task in front of him: whether to choose the defective Europeanization, or the increasing Islamization and the creeping absorption by China.

The presence in Baltic-Black Sea region means control over Europe (at least over its East) and over the Eastern Mediterranean with access to the strategically important Middle East. For this purpose, at the end of the 18thcentury, the annexation of Tauris (Crimea) was carried out in 1783 and the final elimination of the former regional competitor of the Polish-Lithuanian Commonwealth — in 1795. The Soviet Union, being the descendant of the Russian Empire, was resolving a similar problem in the middle of the 20th century, having occupied Bessarabia and the Baltic States in the spring and summer of 1940 with the purpose of establishing the springboard for the next hop to Europe upon the territory of Nazi Germany.

The difference of the present approach lies in the fact that Russia is trying not only to prove its European claims as to regain a political and territorial control within the former USSR. In 2014, it occupied the Crimean Peninsula and a part of the Donetsk region in Ukraine, and earlier, in 2008 — apart of the territory in Georgia. Thus, Russia is using the narratives of the Imperial period as an additional tool of «soft power», appealing to the historical background of the states of the region to the former Russian Empire. With the same purpose, Moscow tries to use the geopolitical rhetoric of the late 19th — 20thcentury while communicating with its leading partners.

Unfortunately, the membership of the countries of the region in NATO and EU does not give a full guarantee from the threats exposed by Russianneo-imperial revisionism and, partially, by Chinese economic expansionism. If the erosion of established western and new democratic societies intensifies, the western civilizational orientation of the young democracies of the region may sooner or later be put under question, and their geopolitical (re-)orientation may be raised as well.

We cannot state that the leading European powers and already existing institutions are not aware of such a danger, but they are incapable of responding effectively currently. Therefore, additional efforts are required, in particular by gradually adding a political component to the Trimorie project and forming a Baltic-Black Sea community within the Baltic States, Poland, Ukraine, Turkey, to subsequentlyannex several other states. Another important factor in strengthening the subregional security structure might be the revitalization of the Organization for Democracy and Development — GUAM (ODER-GUAM). In both cases, not only will the resources of «old» and «new» Europe be mobilized, but there will also be additional motivation for strategic involvement of the United States of America in resolving security issues on the European continent. 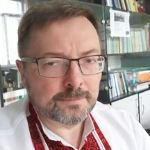