The 75th session of the UN General Assembly: how international community can counteract Putin

The day before the 75th session of the UN General Assembly we witnessed the usual for Kremlin neglecting attitude to the international law. While most of the countries (101 states) voted for including the responsibility to protect (RtoP or R2p) humanitarian concept into agenda, Russia, Belarus, Iran, Kyrgyzstan, DR Congo, China, Cuba, Myanmar, Nicaragua, Egypt, Eritrea, South Sudan and Syria opposed. 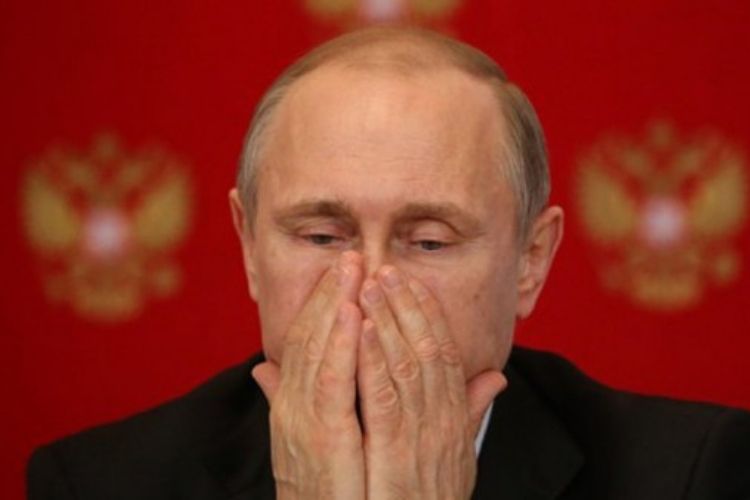 The simultaneous voting of the Russian permanent UN representative together with the ones of the other 12 countries, which can be hardly referred to as democratic, is no accident.

This involves the «soft» concept of international law adopted by the UN in 2005, which stipulates that states have a primary obligation to protect the population, but in case of inability or lack of political will to implement this protection, the obligation is transferred to the international community. The concept was practically applied during the first civil war in Libya in 2011.

Not surprisingly, that among the opponents of the solution we can see the regimes tarnished by the crimes against humanity, such as the Myanma government, which is accused internationally of genocide against Rohingya Muslims, or the Syrian regime, which poisoned its own population with chemicals. Russia, which categorically defends the war criminal, Syrian dictator Bashar Assad, has traditionally ended up in such a «disrespectful company». And the Putin regime itself has committed and continues to commit war crimes, which requires the recognition of these facts and the appropriate response of the international community.

The peculiarity of this year’s Assembly is that it is held online for the first time, and only one diplomat from each 193 countries will be admitted. Putin is not going to arrive to New York neither, having recorded his video address to the participants (the delegation will be headed by the Russian Foreign Minister Lavrov). The leaders of Turkey, China, Chile, Cuba, France and Iran are also expected to take floor on the first day (the 75th session of the UN General Assembly will take place from September 22 to 29). As it is seen from the list, along with the head of the Kremlin, a number of his allies or sympathizers will deliver their main messages.

The context of the events and processes in which the Russian leader will take floor at the anniversary session is really important. The brutal poisoning of the oppositionist Navalny provoked a violent reaction of the European establishment and led to further aggravation of relations between Russia and Western countries. In particular, the Kremlin’s geopolitical «creation» — Nord Stream-2 — was again under threat. Therefore, one option may be the aggressive offensive position of the Russian dictator against the West in his address (the usual Kremlin’s «bully diplomacy»). Some experts suggest that Putin’s speech at the 75th session of the UN General Assembly will resemble the 2007 speech in Munich concerning the nature and strength of the main message.

Along with this, Putin’s favorite «toy» in the context of further impoverishment of the Russian population and economy problems will remain the history and personal interpretation of events long past. Given the 75th anniversary of the end of the World War II (or «Victory in the Great Patriotic War» according to the Kremlin’s historical narrative), we can expect relevant appeals from Putin, which will be a continuation of his program article in the American conservative publication «The National Interest».

An important leitmotif of the article, published in June this year, was the proposition to convene a summit of the «nuclear five», i.e. the permanent members of the UN Security Council (USA, China, Russia, France and Britain), to discuss key issues of international security. Such an initiative has already been called «Yalta-2», by analogy with the conference, which was the actual division of the postwar world into the spheres of influence. It is possible that the UN platform will be used to convey this idea again to the world leaders.

At the same time, accepting Putin’s rules of the game, in which Russia, as an aggressor state, at one point becomes a «guarantor of international security and stability», would mean the peak of political cynicism in international relations and the collapse of the world order. The Russian Federation is constantly blocking the work of the UN Security Council using the right of «veto» to cover up its own crimes and prevent the adoption of important resolutions that can really help resolve many conflicts. At the level of international institutions, the Russian aggressor has not been given the necessary crash sanctions package, which would match the consequences of international crimes and would be sufficient enough to force the Kremlin to reconsider its foreign policy course. As a result, aggression and war crimes have become the norm for the Putin regime’s policy of terror. This must be taken into account by the international community, because the 75th anniversary of the end of the World War II, as well as the 75th session of the UN General Assembly, which emerged as a result of that bloody war, is historical evidence of political playing along with the aggressor and inability to stop it in time.