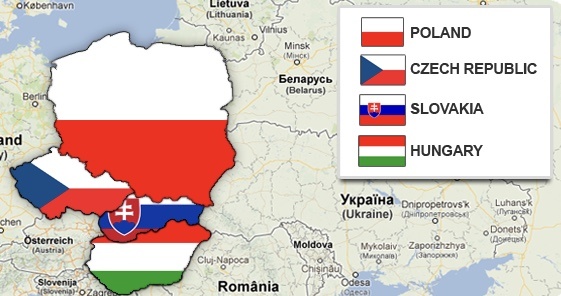 However, this time the proceedings are unlikely to be of celebratory nature. After all, the countries of the region, like the whole world, are hit by a new global crisis, the completion of which is difficult to predict. Moreover, today the world faces increasingly complex challenges, which are not an easy task to deal with. Although, below you will find out more about how the V4 moves into its thirtieth anniversary and the difficulties that the member states are facing.

The idea of creating the Visegrad Group was to intensify cooperation in the field of building democratic state structures and a free market economy, and in future — to participate in the process of European integration. The date of establishment is considered to be February 15, 1991, when the President of Poland Lech Wałęsa, the President of Czechoslovakia Vaclav Havel and the Prime Minister of Hungary Jozef Antall signed a joint declaration in the Hungarian city of Visegrad, setting the goals and conditions of their mutual cooperation.

However, it should be noted that the Visegrad assemblies of the representatives of the Central-European countries have quite a long history. Thus, in the XIV century two congresses of monarchs (kings) of Poland, Hungary and the Czech Republic took place in Visegrad, and the second even involved the ruler of Kyiv Rus. Accordingly, the creation of the Visegrad Group nowadays can be considered a kind of a traditional tribute.

Since 2004, all the V4 countries have become members of the European Union. And the Visegrad Group has become a forum for exchanging experiences and developing common positions on the issues important for the future of the region and the EU.

Each member-state chairs the V4 during the year. The first presiding state was Czechoslovakia (given the fact that it ceased to exist — this was its last presidency).

On July 1, 2020, the Republic of Poland started its presidency (the sixth in history), by taking over from the Czech Republic. The Polish presidency labeled «Back on track», will last until June 30, 2021.

An important anniversary and related events mark the year of the Polish presidency. Building on the work and achievements of the Czech presidency, the V4 continued to focus on the regional problems and the EU issues.

However, Poland’s presidency coincided with an unprecedented global crisis caused by the COVID-19 pandemic, which put society to the most severe test during the recent period. And the way how Europe and the world will response to the pandemic challenge can have an impact on the development of individual countries, regions, the EU and all humanity.

In this context, the pandemic and the process of overcoming its outcomes will have a significant impact on the course of the Polish presidency in many areas and aspects. Of course, the V4 countries will have to cooperate actively to combat the effects of the coronavirus pandemic and work together to restore the socio-economic life in Central Europe and the European Union as a whole.

However, the Visegrad cooperation focuses not only on recovery from the pandemic, but also on boosting the regional cooperation, its improvement as well as on maintaining contacts between the citizens of the four countries of the Group after the pandemic restrictions will have been removed. The EU remains a key focus of the V4, i.e. under the leadership of Poland the Group is going to focus its work on the current European agenda.

The former head of Polish diplomacy Jacek Chaputowicz outlined the main elements of the Polish presidency in the V4. As before, the current issues on the EU agenda have been identified as dominant. The V4 activities focus on four goals:

— a strong Visegrad Group in a strong Europe;

— return to (new) realities after the COVID-19 pandemic;

— the interpersonal contacts, actions for integration and cohesion within the V4 itself;

— development of the digital and innovation cooperation.

According to the Polish Presidency Program, the V4 coordination in the EU should cover a number of European initiatives on the internal market, including its digital dimension, industrial policy, social policy and agriculture.

The «Program» also includes the adoption of the key and final decisions on the size and structure of the EU Multiannual Financial Framework (MFF) for 2021-2027, including decisions on the cohesion policy and its implementation system. However, this task became perhaps the most difficult for the Polish presidency, becoming hostage of the domestic political environment of the two V4 member states.

Just a month after Poland took over the presidency in V4, a new scourge that has joined the scourges of the coronavirus pandemic was a wave of peaceful demonstrations against Alexander Lukashenko’s regime in the neighboring Belarus as response to the presidential election fraud. Therefore, it is quite clear that during the meeting of the Heads of Government of the V4 countries, which took place on September 11th in Lublin, the situation in Belarus involved the most spirited discussion.

Thus, during the Lublin summit, the V4 Heads of Government called on the Belarusian authorities to release all political prisoners. «We all believe that free elections should be held so that the Belarusian people can decide their own future. We condemn the torture and ill-treatment of the protesters», declared the Polish Prime Minister Mateusz Morawiecki.

The head of the Polish Council of Ministers presented the economic proposition from the Visegrad Group for Belarus, namely the joint projects related to small and medium-sized enterprises and the energy policy. The Head of the Polish government also expressed his support for Belarusians at the European level.

Other topics discussed in Lublin included the exchange of views concerning the extraordinary European Council meeting, the poisoning of the Russian opposition leader Alexei Navalny, the construction of the Nord Stream-2 gas pipeline, cooperation within the Three Seas Initiative and, of course, the fight against pandemic.

«We also raised the issue of COVID-19 and how best to respond to the epidemic so as not to lead to another lockdown. We do not want to close the economy, but at the same time we are approaching the epidemic with humility», Morawiecki informed.

It is worth noting that, despite criticism of Lukashenko’s authoritarian methods and the Visegrad Group’s promise to defend the interests of the Belarusian people on the interstate level, including the EU structures, two of the four V4 countries are below the model level of democracy themselves. These are Poland and Hungary.

It seems that the recent violations of the principles of the rule of law by Warsaw and Budapest have begun to play a sick joke on them. And this is at the EU level, where they try, as mentioned before, to defend the rights of the third-country citizens suffering from dictatorships.

This refers to the situation with the adoption of the EU budget for 2021-2027. The latter, through the «money for the rule of law» mechanism introduced by the European Parliament and the EU Council (during the German presidency), should allow the EU to withhold payments from the budget for those member states that violate European values. And this idea was poorly received by the Polish and Hungarian capitals.

It should be mentioned that in order to enter into force for the next seven years the EU budget must be approved by all 27 countries at a meeting of the EU Council by the end of December. And it is impossible without unanimous consent.

In fact, on November 16th in Brussels at the EU ambassadors meeting, this scenario actually became a reality, when considering the agreement on the future European budget and the recovery fund after the coronavirus epidemic, the EU failed to reach a consensus due to the veto of Poland and Hungary. The latter explain their position by the impossibility of adopting the budget due to its connection with the rule of law. Thus, the Polish President Andrzej Duda, speaking about Poland’s position on this issue, underlined that «the elements of a non-contractual nature cannot be introduced; the evaluation criteria that have no basis in the agreements cannot be introduced».

However, exercising its right to veto the European budget, Warsaw bites the hand that feeds. After all, due to the probable losses in the days of the corona-crisis, Poland may face an economic catastrophe, which will be an extremely unfavorable scenario for the current Polish government, for which economic growth is almost the main condition for maintaining its rating.

The political reputation of Poland as the presiding country of the Visegrad Group and the one which initiated close cooperation between the V4 and the EU declared in the «Program», could also be severely damaged. The same applies to Hungary, which is the next country chairing the Group in 2021-2022.

The nearest future will show whether these countries will implement the slogan «Back on track» in practice, or it will remain a declaration of the «Polish Presidency Program».

Despite the upcoming anniversary, the Visegrad Group is currently experiencing bad times. The main reason is the coronavirus pandemic, which coincided with both the 30th anniversary of the V4 and the Polish presidency.

There are also other serious challenges. For example, the situation in the neighboring Belarus where the actions of protests have been in progress for more than hundred days and which the V4 is trying to support.

However, such countries like Poland, which chairs the Group, and Hungary, which is the next one, have problems with the rule of law themselves, and this leads to conflicts with other EU member states. In particular, this concerns the adoption of a joint budget.

This, with no exaggeration, could cause both the loss of Warsaw’s and Budapest’s political authority in the EU, and the de-facto split and weakening of the Visegrad Group, creating new burdens and challenges of today.

Stanislav Zhelikhovskyi
PhD in Political Science, top specialist at Hennadii Udovenko Diplomatic Academy of Ukraine at the Ministry of Foreign Affairs of Ukraine