Swayed by the «alternative facts»: the crowd manipulation in social media and Russian connection

Nowadays, virtuality is deeply intertwined with reality and it has a direct impact on the events and processes in the physical world. 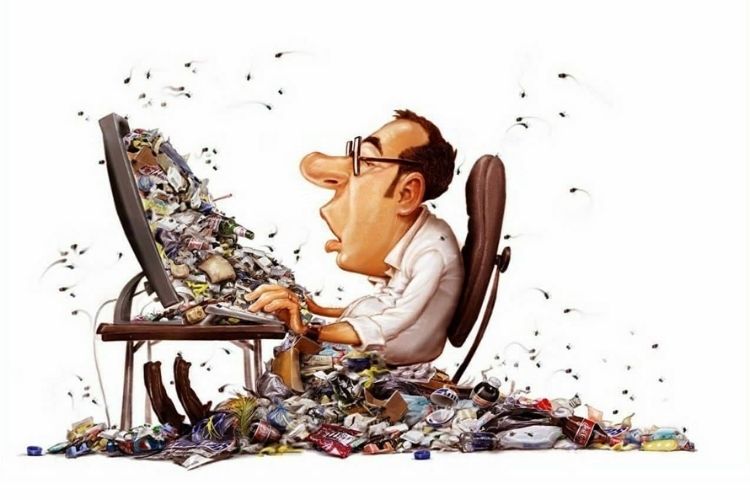 A majority of us certainly invest much of their personal time on social networks and messengers. These are the tools giving access to the necessary information and contacts, and expanding communication opportunities. However, the ability of interested parties to manipulate the minds of users for their own purposes is the other side of the coin. This is especially overused by the authoritarian political regimes with global ambitions that have adequate resources to carry out the large-scale manipulations and spread propaganda.

The images showing angry crowd storming the American Capitol building have definitely marked the beginning of 2021. This was a real shock for society — for the first time since the struggle for independence, one of the symbols of American democracy was temporarily captured.

Without engaging in an analysis of the political turmoil in the United States and Donald Trump’s role in (not)-inciting the crowd, let us look at the very structure of the radicals supporting the incumbent president, who have brutally attacked the government building. The influence of social media is directly related to them. After all, the representatives of the so-called QAnon movement (which includes the famous «shaman» Jacob Chansley, aka the actor Jake Angeli, whose photo in a fur hat with horns flew around the world media) were perhaps the most aggressive and even outrageous. The idea underlying the ideology of the movement is so absurd and outlandish that it seems to be the plot of some novel.

It all started in 2017 with a series of posts by the unknown author containing the Latin «Q» all over. The proponents of this conspiracy theory, the number of which has become significantly bigger in the pandemic conditions, believe in collusion between the pedophiles backed by the certain politicians, journalists and celebrities, the fight against which is kind of led by the President Trump. The platforms of various Internet forums and social networks enabled these absurd ideas to spread lightning fast and gain more and more supporters. As we can see from the situation around the Capitol storming, all this was not left just as a part of the virtual space, but was directly manifested in real life. After the attack, the social network Twitter deleted about 70,000 user accounts connected with QAnon.

The cases of such conspiracies and collusions are fairly common and their number, as well as the number of their supporters, is constantly growing. The Qanon’s predecessors were the «Pizzagate» supporters — a conspiracy theory according to wich Hillary Clinton’s supporters were linked to a secret organization of pedophiles (based on the Wikileaks publications, which stated that the then presidential candidate from the Democrats corresponded with the owner of the pizzeria). And in Peru, the court appeals issued a legal solution accusing Soros, Gates, Rockefeller and others of «creating» the coronavirus pandemic. All this proves again that such theories can spread lightning fast and «infect» more and more people, as well as viruses. They also directly affect the decision-making within the state, which is extremely dangerous.

Russia and China, wishing to weaken the Western societies in order to advance their own interests, eagerly use these tools. The monitoring analysts prove that the lion’s share of misinformation and the spread of conspiracy in the world comes from these two countries. The aforementioned events in Washington have led to increased regulation of social networks by the world’s largest players located in the United States. For example, the President Trump’s lifelong ban on Twitter, Facebook, and Instagram (caused by the fears of new calls for protests before the upcoming inauguration of Joe Biden) sparked a lively public debate on the principles of free speech and censorship. It is curious that the propaganda narrative about the «dictatorship of the digital giants getting prepared to gain real power in the United States» was promoted in the Russian media before the January events. Many leaders of Russian public opinion (for example, Alexei Navalny, Alfred Koch, and Andrei Ilarionov), who are considered to be in opposition to the Putin regime, supported Donald Trump and condemned the actions of private corporations. And the founder of the Russian messenger Telegram Pavlo Durov called to abandon the Apple platforms to maintain a «free flow of information», and this significantly increased the number of his own users.

Durov’s call was a respond to the removal of the Parler social network from the Apple app store. The Parler story is the most demonstrative in terms of showing the possibilities of manipulating the users’ minds, which can have a potential Russian trace. The social network founded in 2018 by John Matze and Jared Thompson, declared complete freedom from censorship. By this, it became attractive to the users sharing radical views who were moderated on other social networks. They included especially many supporters of Trump and the Brazilian President Bolsonar — at the end of November 2020, the Parler had 10 million users. The founders do not provide any information about the investors who put money in the creation of the social network, but it is very interesting that Matze’s wife is a Russian Alina Mukhudtinova, whom he met in Las Vegas and married in Kazan in 2017 (a year before the launch of Parler).

The story with the US presidential election in 2016, the Brexit referendum in the UK and this year’s events in Washington show how easy it is to manipulate the mass consciousness on social media, which leads to significant negative consequences. Unfortunately, the authoritarian regimes are well aware of this weakness of Western societies that they can put pressure on without drawing any extra attention.