In mass-media (European, Euro-Atlantic and even global) and among political analysts, there is an almost unanimous opinion that current crisis of novel coronavirus outbreak will revive the role of national states with a possible destructive effect on the functioning of nation-wide structures such as the European Union. 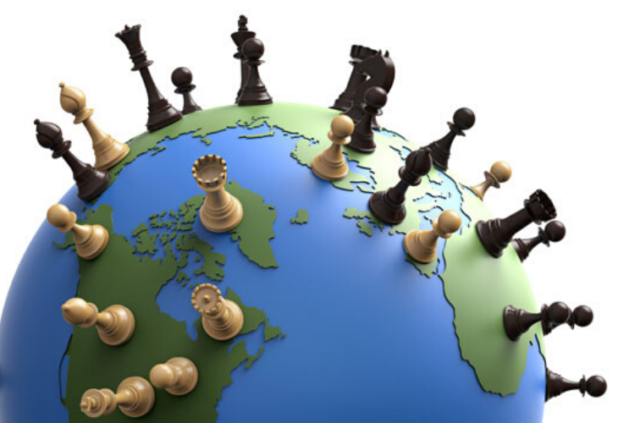 On the other hand, this crisis will examine not only the survival of the European project, but also its functioning and effectiveness, its ability to formulate a responsible cohesion policy. We will NOT return to the historical models of the 19th century, but history will again invade our privacy, introducing myths, fairy tales, narratives, models, lessons, solutions, problems that will alter the future of this world.

The main geopolitical wager of the current world with a modern crisis of enormous scale is how we will combine inevitable and expected strengthening (or at least consolidation) of states’ roles in global architecture with modern demand (and growth before coronavirus pandemic) to harmonize their interests with allied supranational formulas corresponding to the 21st century, such as the European Union.

Referring to history is a powerful tool for manifesting politics at the national or union level. It does not only mobilizes citizens by cultivating collective historical memory, in addition, it synthetically expresses (and confirms) the concept of the future, the projection of the future of states or state unions. Through historical memory and the accompanying narratives, states and nations express and effectively form their forecasts of the upcoming future. We are discussing history lessons because we consider them to be possible models of how we represent our world of tomorrow.

For the region of the Black and Baltic Seas (currently, we will admit audacious and equally necessary thesis about the association of the two, de facto, regions that are included into this mixture, a type of regional reduction of larger interconnected projects, such as Intermarium / the Initiative of Three Seas), the geopolitical structure seems significantly simplified compared to extremely complex history of the region. It might be estimated that all countries of this region are a part of the European project, and most of them are members of the European Union, which for several decades has been a structured political expression of the European project. Other countries are also a part of the European project and, with minor and notable exceptions, participate in various stages and processes of accession to the European Union and / or in the process of strengthening relations with the Union.

This resolution is of vital importance in double vision of the suppressed majority of states in the Black and Baltic Sea regions: it expounds a basic view of the European Union on the historical facts and history of Europe related to the Second World War, and, accordingly, expresses the forecast of the future of the Union and the obligation to ensure this projection, thus, recognizing the importance of European historical memory for its future.

Unfortunately, the most solid written commitment of the European Union regarding the projection of its future, proposed by the initiators of the resolution (including the Romanian European deputies), was not included in the final text of the resolution, however, its elementary promotion and discussion at the plenary meeting of the European legislative body is an unambiguous guarantee of support provided by the European Union to European choice of some countries in the region: European peace and integration project will be comprehensive only when all European countries that have supported the European reform, such as Ukraine, Moldova and Georgia, will become full members of the EU.

Currently, there are two dominant narratives in the region — the European and Russian narratives, and besides them, there are local (secondary) contradictions between different national narratives.

The current struggle / competition between the European and Russian historical narratives is a private renewal of a larger war (semantic, semiotic, imagological, political, geopolitical, etc.), which systematically resulted in emergence of contradictory history in the region, reminiscence (vague memory) of some policies and practices, characteristic of spaces of interpenetration between great powers and empires.

The European / pan-European narrative provides a free choice of democracy by countries of the region on the basis of a clearly defined set of principles and values, and the Russian narrative has a constant nostalgia for imperial control, which is now an expression of suffering from the inability to restore the former empire (imperial, Soviet, etc.).

From a European (including Romanian) perspective, the Russian historical narrative undermines a liberal choice of democracy in European countries, representing the main tool of the information war, a strategic goal of which is to fragmentation / alteration of the European project and division of Europe. When under pressure from Moscow, these two narrativadis reach a high level of conflict, as in recent months, they can lead to disruptions in the functioning of the entire global system of international relations. Subsequently, it is of vital importance that the European narrative should resist invasions of another.

The palette of answers applied by the EU or its member states to survive their own narrative combines direct / explicit, rigid elements, such as statements and resolutions of national parliaments, condemning Russian historical revisionism, as well as propaganda and misinformation practiced by Moscow (in recent months, national parliaments of Poland, Lithuania, Latvia and Estonia adopted similar resolutions (Romania, unfortunately, is not on this list) with corresponding narratives and soft actions.

For the member states of the European Union, the historical paradigm of the interpretation of the Second World War is relatively uniform: the ending of the Second World War did not give freedom to the countries of the Central and Eastern Europe (as the Russian narrative claims), but resulted in their occupation by the Soviet Union and systemic crimes committed by the communist regime.

Romania strongly condemned the communist and Nazi regimes, its hesitant and convincing condemnation of both totalitarian regimes is observed in Romania as a cleansing of our national and European projects from the tragedies of its past.

In a current difficult situation, generated by the revival of Russian historical revisionism (which has overlapping layers of manifestation, moving from the details of “liberating«of the Eastern and Central Europe to the system: challenging, discriminating and undermining Western liberal democracy), main risks are our own vulnerabilities and internal mistakes of European countries that might create some freedom of maneuver for this revisionism.

Currently, we might discuss numerous mistakes (which are already manifesting in unclean forms in countries neighboring the Russian region, and even in the EU member states), such as the usurpation of liberal democracy, the revival of populism and extremist manifestations (left and right), the mirage of authoritarianism, selfish interest of some political leaders in raising the electoral rating within the country through nationalist / extremist statements (rudimentary and dangerous), toleration of overt revisionist manifestations laziness.

From this perspective, the greatest risk for the future of Europe (including its historical policy and its subsequent narratives) is the infection of the Central and Eastern Europe by the Russian narrative, as well as the passivity of the West in relation to the increased risk of such infection. As on a regular basis in history, the cannons do not destroy the besieged Fortress, but the Trojan horse from their fortress.

Over the next period, it is imperative to conduct a detailed analysis of the internal mechanisms of our countries that can contribute to the spread of revisionist narratives from the East into our public space; we might assume that not only the geographical distance from the source or the temporal distance from historical fact, but also our real ability to strengthen democracy and cohesion instead of historically obsolete autochthonous mirages are facts of risk decrease.

During this period, the European project is tempered by external subversive narrative boilers, which are largely fueled by the internal combustion of our own excesses.

With the unaided eye we might observe only exhaust pipes, while combustion dangerously occurs in slow-acting narrative boilers.