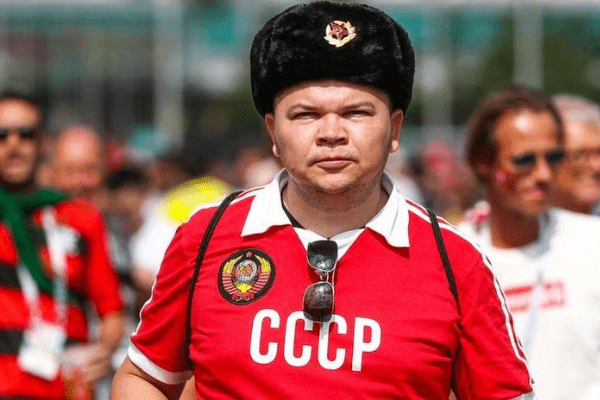 After the end of the World War II, humanity began to understand that permanent military conflicts with all their consequences as an unnecessary vestige of dispute solving, must be a thing of the past. It is necessary to develop peaceful cooperation between nations, to give every inhabitant of the planet the right to self-realization, in order to achieve common prosperity.

That is why the UN, the OSCE and other economic and political alliances such as the EU and NATO were created, the global capital and labor market were established, democracy was recognized as the only correct political regime for the free world, significant progress was made in the development of information technology. All this should be the basis for building a new globalized, conflict-free and liberal world order.

The process of global political and economic integration has not bypassed the post-Soviet countries, including the Russian Federation. After the collapse of the Soviet Union, the new government began an active policy of liberalization of various spheres of public life and rapid involvement of the state into international political and market processes. It is no exaggeration to say that among the other republics of the former USSR, with the exception of the Baltic states, Russia has begun to do so at the most active pace.

However, unlike those countries that began to play in the international arena under civilized rules, Russia was not able to get rid of those rudimentary imperial traits that were inherent in both the USSR, the successor state of which Russia declared itself, and those Russian state formations that existed before the emergence of the Soviet empire. And if during Boris Yeltsin’s presidency the phantom imperial pains were not yet clearly expressed, in view of the weakness of the economy and dependence on foreign aid, then after Vladimir Putin came to power and Russia’s gradual strengthening in the political and economic dimension, the process of active awakening of neoimperial consciousness began slowly gaining momentum, not only in the heads of the ruling elite, but also at most of the Russian population.

The result of the neoimperial syndrome was that the Russian Federation initiated a policy of energy, trade and economic blackmail of neighboring sovereign nations, started a war and occupied a large part of Georgia, continued to feed other «hot spots» in the post-Soviet space (Nagorno-Karabakh, Transnistria), began to react negatively in various ways to changes in the foreign policy vectors of the countries of the former sphere of influence and created serious obstacles in this way, etc.

One of such manifestations of the Kremlin’s neoimperial policy was dissatisfaction with the Ukrainian state’s European integration and Euro-Atlantic aspirations and its natural desire to gain full independence from the former «center.» When the seriousness of official Kyiv’s intentions became clear, this escalated into open pressure from the Russian government on the Ukrainian authorities, which caused popular discontent in Ukraine and, in response to revolutionary events, invasion of Russian armed forces on the territory of Ukraine.

The occupation and illegal annexation of the Crimean peninsula and the outbreak of war in the Ukrainian Donbas not only led to negative consequences for Ukraine in terms of great human, territorial and economic losses, but also brought disappointing results for Russia itself. Disregarding international law, which is the main safeguard against the return of the world to the state of affairs that existed before the formation of the Yalta-Potsdam system of international relations, Russia has embarked on the path of becoming a rogue country. And if in the case of Georgia the world community did not react properly to the Kremlin’s illegal actions, the Ukrainian adventure, accompanied by the «Anschluss» of the Crimea and the creation of puppet administrations in Donbas, did not go unnoticed by the civilized community.

The consequences of such an expansive policy did not take long. Russia was expelled from the Group of Eight (G8), deprived of the right to vote in the PACE (however it was later returned), subjected to a regime of severe international sanctions, convicted at all possible venues for illegal actions, and so on.

As a result, the Russian state was faced with a choice: either to abandon further wrongdoing and sit at the table of civilized countries, or to continue to pursue a senseless aggressive policy, to the detriment of themselves and others. Authorities in the Kremlin have chosen the latter option. Moreover, the Russian leadership has begun to continue to interfere in the affairs of foreign states with even greater perseverance, no longer confined to the Eastern European or post-Soviet space. After all, after the invasion of Ukraine, Russian armed forces carried out military interventions in Syria, Venezuela, Libya, which are quite far from Russia’s borders.

It is worth noting that Russia uses many other instruments of intervention, in addition to carrying out special operations. For example, in 2016, Russia was involved in hacking attacks on US computer networks during the presidential election. And in March 2018, the Kremlin assassinated former Russian military spy Sergei Skripal in the UK, whose citizen he is. And there are much more such examples.

Moscow did not hesitate to take advantage of the difficult situation in Europe related to the outbreak of the coronavirus pandemic. This means sending «humanitarian aid» by Russia to the countries most affected by the infection, which is so well known to Ukrainians in the occupied Donbas. The main goal was to try to discredit the EU, to show it as unable to fight the spread of the new disease, and to show the oppressed European citizens the Putin regime in the best possible light. And this, in turn, can be interpreted as a kind of sounding of the western ground for the probable implementation of the Kremlin’s new neo-imperial adventures.

Judging by many circumstances, Russia is not going to give up its revanchist intentions and, accordingly, to stop its subversive activities for regional and global security. Continuation of the Russian government’s reactionary policy, the Kremlin’s support for various inhumane dictatorial regimes, the forced «certification/identification» of the population in the occupied territories, Putin’s intention to extend further his ruling, the ruling regime’s violation of indigenous rights in Russia, and the sacralization of some, etc. — may serve as evidence of the strengthening of the Russian leadership of neoimperial ideology.

It is very important that Ukraine, as an important state of the Baltic-Black Sea axis, continues its Euro-Atlantic progress, despite the still ongoing aggression of the Russian Federation, which both creates obstacles and gives Kyiv additional motivation. Thus, on June 12, 2020, Ukraine acquired the status of NATO’s Enhanced opportunity partner. By the way, some countries in the region that are not members of the Alliance also have this status, namely: Georgia, Finland and Sweden. Thus, a kind of security front is being built in the belt between the seas, in order to protect the European peninsula from the unfriendly policy of the Kremlin, whose phantom pains from the former imperial past has not disappeared over time.

In light of this, it is worth noting that US military experts, including former US Ground Forces Commander Ben Godges, have called on NATO to join Ukraine and Georgia as soon as possible. They also recommended reforming the multi-layered Forward Presence programs in the Baltic and Black Sea regions because of their vulnerability to Russian aggression.

In view of the above, the question arises: is it possible at all for Russia’s return to the civilized world and Moscow’s acceptance of the rules of fair play that have developed in the postwar period? Probability is present. However, the recipe is simple and complex at the same time.

First and foremost, in order to implement the following conditions, it is necessary to completely replace the modern authoritarian with pronounced neoimperial ambitions of the ruling elite with a new, liberal one, which, in addition to internal democratic transformations, could pursue a moderate foreign policy.

Secondly, the new Russian government must stop pursuing an aggressive policy towards both its neighbors and other countries, simultaneously ending all conflicts initiated by Russia.

Third, the new Russian government must compensate the states that suffered from the intervention of the previous regime. Then it should try to build a constructive dialogue with them, where the main role would be played by diplomacy — the most acceptable and most civilized means of foreign policy.

It is possible that after fulfilling the above conditions, which are far from exhaustive, along with laying the foundations for preventing another imperial recurrence, the Russian Federation may have a chance to join the modern globalization process. That means to coexist peacefully with all the peoples of the world, by common efforts leading humanity to the future where respect and mutual understanding will prevail.