Necrophilia or graves as a tool of neoimperial expansion 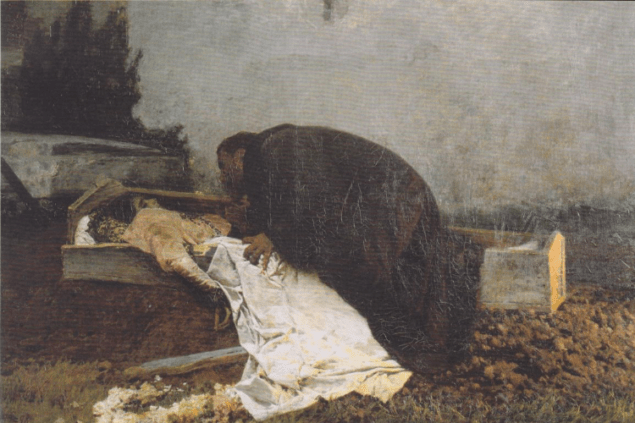 Death is the end of only the earthly path, religious figures and philosophers say so. People instinctively seek to believe that the tombstone, the cemetery — is not only a place of rest, but the gate that opens the way to the afterlife to the transcendent — a place that connects the two worlds. The dichotomy of death and life is perceived by people in a natural way and causes feelings of fear and admiration. However, sometimes the combination of these phenomena turns into a caricature, as exemplified by Lenin’s mausoleum and the cemetery on Red Square, which was built in front of the shopping center and next to the 16th century church. It would seem that such eclecticism should be repulsive and outrageous, however, the combination of opposing and mutually exclusive structures has become a natural foundation for Russia’s historical revanchism and neoimperialism. The phantom pains of the castrated empire are born from the graves of its heralds, next to the temple of consumption and the living God. In Western culture it is called dialectics, in the east — polyphony, in Russia — in a special way.

The German philosopher Peter Sloterdijk notes that the alliance with the dead is a psychological generator of energy of the main fascist (Hitler) — the dead of World War II are, in his opinion, those who sent him, and the Führer was an assailant, an envoy of military graves.

The most interesting thing is that this philosophical and poetic description of Russian neoimperialism has a concrete political and international legal embodiment. Initially, the Russian language was a manifestation of the «Russian measure», but now it can be argued that the graves of the Soviet (read «Russian») military is the territory of Russia, from which the invisible force of the new empire emerges. A clear example of this thesis is Russia’s struggle for the preservation of Soviet monuments in Poland and the monopolization of the right to the graves of Soviet soldiers.

In October 2018, a monument in Skaryszewski Park was dismantled in Warsaw. The Russian Foreign Ministry actively protested and through all available channels of dissemination of information, or rather — misinformation, was speakingabout the «revisionism of the Poles.» In numerous interviews, the Russian ambassador to Poland never tires of emphasizing that local authorities agree to the reconstruction of military cemeteries without any problems. But Poland’s central government is deliberately pursuing an anti-Russian historical policy by destroying monuments to Soviet soldiers.

It should be noted that the manipulations of the Russian ambassador to Poland Sergei Andreev are to mix the competences and responsibilities of local and central government, as well as at least a misinterpretation of the Russian-Polish agreement of 1994, which regulates issues related to installation, registration, arrangement, preservation and proper maintenance of places of remembrance and burial.»

Under the Polish-Russian agreement of 1994, each party undertakes to maintain cemeteries on its territory. Polish historian Lukasz Adamski notes that the Russian version of the treaty probably deliberately corresponds to the Polish text of the treaty — the Russian text can be interpreted as providing protection for «monuments of gratitude». But in the Polish version of the agreement there is nothing about «places of memory and (places) of burials», but about «places of memory and rest» and this clearly defines that the agreement applies only to cemeteries. But it cannot be applied to «monuments of gratitude» de facto forcibly erected by the Soviet regime under Soviet rule during the communist occupation of Poland. The Polish authorities interpret the agreement on the basis of the Polish version.

From the legal casuistry, the Russian government operates on the principle that the law is the law, but the truth must be on our side.

A perfect example of neoimperial eclecticism is the Orthodox cemetery in Radom. During the World War II, the burial of Soviet soldiers was added to the Orthodox cemetery with the church. Today, Soviet «monuments of gratitude» and Orthodox crosses are located in the single territory of the two-story cemetery.

Analysts at ZakhidInforont argue that military burials are a tool for hybrid operations in other countries. In particular, the Russian Embassy in Poland has an open office of the Russian Ministry of Defense for military memorial work. Since May 2015, it has been headed by the Reserve Colonel Aleksei Fomichev, who manages the work of three other employees in the rank of colonels and lieutenants. And this explains why the graves of Soviet soldiers in Poland are not the responsibility of the Foreign Ministry, but of the Russian Ministry of Defense. That is, in any country where there are military cemeteries, the Russians send military diplomats, a very convenient practice.

Russia share funds for the restoration of monuments in military cemeteries in Poland. Contracts are usually performed by proxies and verified persons.

Official Russian data show that since 2010, the Russian budget has spent more than 24 million Polish zlotys (USD 6,240,750) on repairs and care for Soviet and Russian military burials in Poland.

It seems worth recalling that more than 7 million Ukrainians fought in the Red Army, 2,000 of whom received the title of Heroes of the Soviet Union. It was Ukraine that suffered the greatest losses during World War II, and the front line twice passed not through the abstract Soviet Union, but through the territory of real Ukraine. Ukrainians lie in military cemeteries in Poland, Germany and other countries. Ukraine, as the founding member of the United Nations and the victorious country against Hitler, cannot allow to privatize and instrumentalize the graves of Soviet soldiers in the interests of Russian historical revanchism and Moscow’s neoimperial policy.