For almost three years, no high-level meetings of the NATO-Ukraine Commission (NATO) have been held (heads of state and government, defense ministers, foreign ministers, etc.) due to Hungary’s veto. 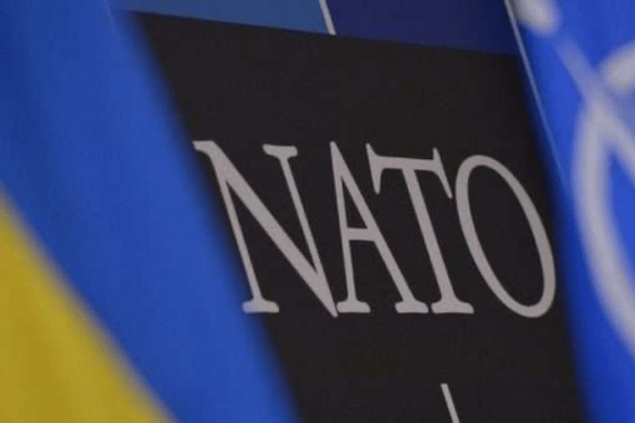 The assurances of the Allies that the absence of such meetings does not significantly affect the state and prospects of Ukraine’s cooperation with NATO are justified, but the absence of such an important institutional mechanism provided for in the 1997 Charter on a Special Partnership between Ukraine and NATO cannot but have negative consequences. Blocking the NATO-Ukraine Commission, in conditions when Ukraine is actually at war, is undesirable.
Hungary was one of the first states to recognize Ukraine’s independence and later became one of its key regional partners. Already on December 6, 1991, a basic agreement (Agreement on the Fundamentals of Good Neighborliness and Cooperation between the Republic of Hungary and Ukraine) was signed between the two countries. Political co-operation has deepened since Hungary joined NATO and the EU, and Ukraine has made European and Euro-Atlantic vectors a priority in its foreign policy. In 2014, when Ukraine signed an Association Agreement with the European Union, Hungary supported Ukraine’s aspirations, which was later confirmed, in particular, not only by support for visa liberalization for Ukraine, but also by allowing temporary work for Ukrainians coming for «visa-free». Hungary, as a member of NATO and the EU, has repeatedly emphasized in its official statements the importance of supporting Ukraine by the whole Euro-Atlantic community.

The adoption of the Law of Ukraine «On Education» in September 2017 marked the beginning of Ukraine’s conflict with neighboring countries — Poland, Romania, Hungary. Only Slovakia did not make loud statements, limiting itself to stating that the law on education is an internal affair of Ukraine. Relations with Poland and Romania on this issue were soon settled, but Hungary’s position remained unchanged. In 2017, a conflict arose between the neighboring countries, the relations between which were characterized by mutual assistance, cooperation and mutual support, which in connection with political decisions escalated into such actions as expelling diplomats, information struggle, increasing internal tensions between the central government and the Hungarian national minority in Ukraine. NATO is generally in solidarity with Hungary’s position on the protection of the rights of national minorities. Hungary is part of the Bucharest Nine (B9), an informal grouping of NATO’s post-communist Central and Eastern European countries. B9 has a rule: do not publicly comment or criticize each other’s foreign policy. In this context, Ukraine should not count on the support of NATO member states in the current conflict with Hungary.

The Hungarian ethnic minority living in Transcarpathia has found itself at the epicenter of a geopolitical struggle in a short period of time. Ethnic Hungarians have lived on the territory of modern Ukraine since the end of the IX century. The vast majority of Hungarians (almost 97%) inhabiting the Transcarpathian region are irredent. The realization of the interests of Hungarian geopolitics requires the government of the state to ensure the support of the Hungarian nation as a whole, not only those who live in Hungary.

At the same time, we cannot fail to mention the neoimperialist Russian factor. Significant changes in Hungarian-Russian relations began in 2010, with the second term of Prime Minister Viktor Orban. Objectively, Hungarian-Russian relations can be called the best that exists between NATO member states and Russia since the beginning of the Russian aggression against Ukraine. At the same time, Hungary continues to support sanctions against Russia.

In Ukraine, one often hears references to the «hand of the Kremlin» and to the fact that Ukraine’s conflicts with its neighbors are in Moscow’s interests. Of course it is. However, this argument is unlikely to be convincing for Budapest. It is better, however, to rely on the argument that the bilateral conflict undermines the potential of Hungary and Ukraine themselves. It should be borne in mind that in Hungary, on the one hand, the Russian media have no influence on the information space, and on the other hand, with the authorities in Budapest, to a large extent, there are such forces that often criticize the EU and the West. And the theses of their criticism coincide with the position of Russia. This is probably the only country in Europe where Kremlin messages are so prevalent in the central media, not just Russian or pro-Russian. This may come as a surprise: the historical memory of Hungarian society is too short: there is no mention of the suppression of the Hungarian anti-Habsburg revolution of 1848-1849 and the Soviet invasion of 1956.

Solving this conflict is possible with the political will of both parties. The basis should be the implementation of the recommendations of the Venice Commission on the law on education, which is the focus of NATO’s attention.

The desire of Hungarians to assert their identity can be understood: first, prolonged oppression in foreign countries and exhausting liberation struggles; secondly, the unique memory of «finding one’s homeland» and being surrounded by unrelated ethnic groups; and third, the Treaty of Trianon, which Hungarians still consider a national tragedy (this year, on June 4, it was 100 years old).

It is obvious that national issues in both countries have become a means of mobilizing the electorate and will remain so for a long time. National slogans, historical myths and ethnic symbols are much easier to use in political struggle than unpopular and complex reforms. The line between patriotism and xenophobia or ethnic hatred must be drawn together. However, unfortunately, this is not realistic in the foreseeable future. Hungary got firmly established the image of the enemy in the Ukrainian society. Even expert polls put Hungary in second place among states hostile to Ukraine (immediately after Russia, by far from everyone else).

Since the beginning of 2020, certain optimistic tendencies have been observed in Ukrainian-Hungarian relations. It is obvious that maintaining the veto is doing real damage to Hungary’s image, including demonizing it in Ukraine.

Objectively, Hungary is a political, security, economic, cultural and integration ally of Ukraine. It is worth realizing that Ukraine and Hungary are part of a single region, establishing cooperation and supporting mutual agreement in which can significantly expand the capabilities of both countries, then the level of escalation of the conflict can be kept under control. The regional level can open new horizons for both states if they can emerge from the captivity of thinking exclusively in today’s categories. Thus, Russia’s neoimperialist policy will not succeed here.