Geopolitical dimension of the Baltic-Black Sea region: from the past to the present 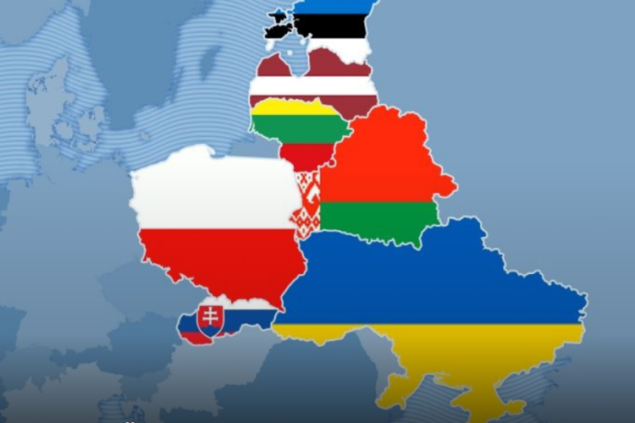 Thus, in the Middle Ages and Modern Times, when the first state formations were emerging in the region, the fact of centralized power existence did not prevent alien peoples from gaining control over the Baltic-Black Sea axis. However, at critical moments, when a real threat of external subjugation of the peoples of the region was presented, the united efforts of the latter intervened the insidious intentions to be brought to life. These pragmatic actions were portrayed as real heroic ones in our history: Grunwald (1410), Orsha (1514), Khotin (1621), Vienna (1683), etc.

Unfortunately, the peoples of Marmora (the Balts, the Belarusians, the Poles, the Romanians, the Slovaks, the Hungarians, the Ukrainians, the Czechs, etc.) lost the remainder of its statehood by virtue of permanent offensive reasons of the newly formed empires in the region at the turn of 18th-19thcenturies. For the majority, it lasted until the beginning of the 20th century.

During the final phase of the First World War the peoples of the region received every chance to gain desired freedom, which was, as it has been already noted, limited for the majority. Hostilities during the Great War and the revolutionary actions performed on the territory of moribund empires, changed the agenda of Eastern Europe, subsequently, causing the process of defending liberty of the peoples — an important step to strengthen the security of the whole Postwar Europe.

After all, it is worth mentioning that by virtue of collaborative efforts of the Poles and the Ukrainians, who concluded a military-political agreement on 21 April 1920 in Warsaw, they managed to intervene Bolshevik storm and to not allow Red Terror to move inland.

It is also of vital importance to emphasize that in the mentioned period the actions towards political rapprochement among the peoples of the region were operated, declaring their independence. This refers to the signing of a document by the delegates of the conference of the Baltic States (Estonia, Latvia, Lithuania, Poland, the UPR and Finland), which was happening from August 6 to September 6 of 1920 near Riga, of the political convention, with the purpose to create «Eastern Entente» and «Baltic-Black Sea Union». As a result, delegations were able to develop a number of important decisions, proposals and conventions, aimed at uniting the states parties in the political, economic, military, communication, cultural and scientific relations.

Unfortunately, not all nations managed to retain their young statehood in that century. The Ukrainians and the Byelorussians were among them, which was mainly due to the increased expansionism by the Bolsheviks. The latter had an irresistible desire to control the territory between the Baltic and Black Seas, as its predecessor states did. For a number of reasons, Ukrainian and Byelorussian peoples were reasonably the most vulnerable during the interwar period, resulting in being unable to retain their sovereignty.

However, Moscow was devising an ambitious plan to gain even more power and control. Further events can serve as clear evidence that such countries as Belarus and Ukraine, for example, were by no means the last «dishes» on the Kremlin’s geopolitical «table». As soon as the opportunity was befallen, Kremlin did not hesitate to bring the revanchist intentions to life. In particular, we are considering those events that took place both during and after the Second World War. As a result of the latter, the European continent was divided into spheres of influence, subsequently developing into an inter-bloc confrontation of the Cold War, which at its most critical moments threatened, without exaggeration, the destruction of all human civilization.

Fortunately, Ukraine, Poland, Lithuania and other countries of the region received the full and so desirable independence in 1989 and 1991. The question of understanding was raised. Despite the fact that not all contentious historical issues are resolved, the peoples strive to settle them, and the major role is played by the joint diplomatic efforts in this process. Warsaw Pact, as well as Riga political Convention can serve as an example, though a short-existed, but still, a close union aimed at the protection of sovereignty of the signatory countries. And it can be a prime example of the present era.

As soon as the Soviet Union collapsed, such a nation state as Ukraine, to a big astonishment to its government, became a republic, starting to control a vast territory of the Baltic-Black Sea axis, in particular due to the fact that Ukraine was recognized as an independent state within the borders that emerged after the Second World War by the majority of member countries of the UN, making it the largest country the territory of which was entirely situated in Europe. Moreover, Kiev, after being officially proclaimed, received an open access to the Black Sea and The Sea of Azov, and therefore water channeling to the World Ocean.

Neighborhood at the Western and South-Western borders of Ukraine with countries-members of the European Union (Poland, Slovakia, Hungary and Romania) is of vital importance, where there is a common market and the opportunity to transport various goods, services and a chance for people to move freely. This and the existence of sea ports on Ukrainian territory strongly enhance its transit position, providing it a significant role in the Baltic-Black Sea region.

This opportunity offers the prospect of creating new transport channels to move cargo and passengers from east to west and vice versa (for example, being involved in One Belt, One Road project initiated by China). And a full reconstruction of river navigation between Ukraine and northern countries will present even more opportunities for the local economy as well as for all countries within the region in the future.

In the context of the information mentioned above, it is very important that Kyiv has developed its foreign policy orientation, proclaiming its movement for integration into the European and Euro-Atlantic space, which has been enshrined both at the constitutional level and has been largely supported by Ukrainian citizens. This can be a factor for further strengthening of cooperation between Ukraine and West in not only a political and an economic sphere, but also in a military one, with the prospect of altering our country into an outpost of the free world protected from dangers threatening the liberal-democratic way of life.

However, the risks threatening security stability have remained. They embrace the intensification of the aggressive policy of the Russian Federation (victimized Ukraine and other countries within the region), and increased tensions in the Middle East, and the situation in the Balkans not being quite stable.

Therefore, it is quite clear why the Western world is interested in cooperating with countries within the region, including Ukraine. The geographical factor is quite significant in this situation, and, in particular, we can observe its importance through the annual allocation of funds by West, in particular by the United States, to provide security assistance to the countries of the Baltic-Black Sea region, and according to regular conduction of military training by NATO and due to construction of important military forces, such as the IGIS missile defense systems in Romania and Poland or the Fleet Operations Management Center in Ukraine.

Contemporary integration of 12 EU member states — the Three Seas Initiative, aimed at creating regional dialogue on various issues, is quite promising. Unfortunately, Ukraine has not been involved in the project yet, but the Ukrainian government has shown interest in this and it is possible that Kiev will also join the Three Seas Initiative in a meanwhile.

Therefore, it can be stated that the geopolitical position of the Baltic-Black Sea axis is quite significant. This is due to both the advantageous geographical location of the region, its unique connecting land area between Western Europe and the rest of the Eurasian Massif, and to the existence of independent states in its territory that would like to coexist peacefully and protect the region between the Baltic and Black Seas and the Continent generally from current external threats. 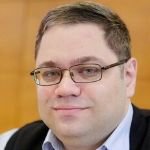