Thus, just like in Iowa, his support among the Democratic voters is less than half of what it was 4 years ago. Add to this the fact that as a Senator from next-door Vermont, Sanders was the prohibitive favorite here, so despite his 1.5 point win, pundits and other candidates will argue that this is a weak result for him. According to an exit polls nearly half of those surveyed said they decided on their candidate in the past few days. As results out of New Hampshire were being tabulated, two candidates Colorado Senator Michael Bennet and entrepreneur Andrew Yang — both withdrew from the presidential race.

Perhaps the biggest story of the primary was Minnesota Senator Amy Klobuchar scoring nearly 20% for a 3rd-place finish. She portrays herself as a centrist alternative to progressives such as Sanders and Warren, territory that had been occupied by Joe Biden, and now increasingly by Michael Bloomberg (who did not compete in New Hampshire). As can be seen from the chart below, Klobuchar did particularly well with the older age groups, which were assumed to be leaning more towards Biden. Whether this is a sign of momentum, or simply at the expense of weaker candidates, remains to be seen. She certainly surpassed expectations in New Hampshire. Shortly before the polls closed, her campaign announced a “seven-figure ad buy” in two markets (in Las Vegas and Reno) for the upcoming Democratic contest in Nevada.

Meanwhile, both Warren (9.3%) from neighboring Massachusetts, and Joe Biden (8.4%) put in dismal showings. Neither were able to earn delegates from New Hampshire.Biden and Warren were clearly damaged by the Iowa and New Hampshire results, but neither is likely to drop out by Super Tuesday. However, it becomes harder and harder for them to justify their early performances. Long seen as the Democratic frontrunner, former Vice President Biden’s (8%) 5th-place finish in New Hampshire, behind Warren, shows increasing doubt about his viability. Biden has repeatedly argued he is the best candidate to take on Trump. But after a4th place finish in Iowa and 5th place in NH, his electability argument has taken a beating. Biden’s national poll numbers are now in steady decline. Rather than stay in NH and explain his disappointing finish, Biden instead went to South Carolina, a state with a large proportion of African American voters where he has been polling at about 31%. Previously considered as a ‘firebreak’ that would shift the race in his favor, South Carolina is fast becoming seen as the last-ditch effort to save his flailing campaign.

After conceding that the night had not gone as well as hoped, Senator Warren complimented the strong result for Amy Klobuchar, Senator and emphasized the ‘long haul’, stating that the party might be headed for another drawn-out primary fight. “We still have 98% of the delegates for our nomination up for grabs, and Americans in every part of our country are going to make their voices heard.” Senator Warren will look to recover in Nevada and South Carolina, while Biden seems intent on making his stand in South Carolina.

So, Sanders and Buttigieg lead in the early days, with Sanders ahead in votes but vastly trailing his 2016 numbers. Buttigieg did quite well again, but will now face the Nevada caucus on February 22 and the South Carolina primary on February 29. The two states are far more diverse than Iowa and New Hampshire, and Buttigieg has struggled to find support amongst minority voters. Thus for both Buttigieg and Klobuchar, the most difficult primaries for the nomination lie ahead.What happens next in Nevada and South Carolina is as yet unclear, as there haven’t been very recent polls published from either state — so how surging candidates like Klobuchar and Buttigieg could fare there is a bit of a mystery.Meanwhile, Michael Bloomberg remains a wild card. Although he has yet to contest a primary, his standing in national polls has doubled in recent days, rising from 8% to about 16%.

In sum, the results of the voting in Iowa and New Hampshire leaves the Democratic field unsettled with no clear frontrunner. As Senator Warren pointed out after the results came in, “We’re two states in, with 55 states and territories to go.” 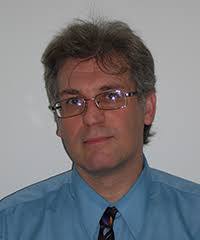