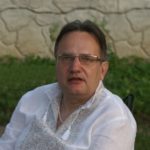 DEMOCRACY AND ECONOMIC DEVELOPMENT: AGAIN ABOUT THE TODAY’S WORLD AND UKRAINE’S PLACE IN IT

One can find the full version – in Ukrainian – of this article in the World-Wide Web. And I have prepared especially for My Dear Global Reader J the brief version in English. 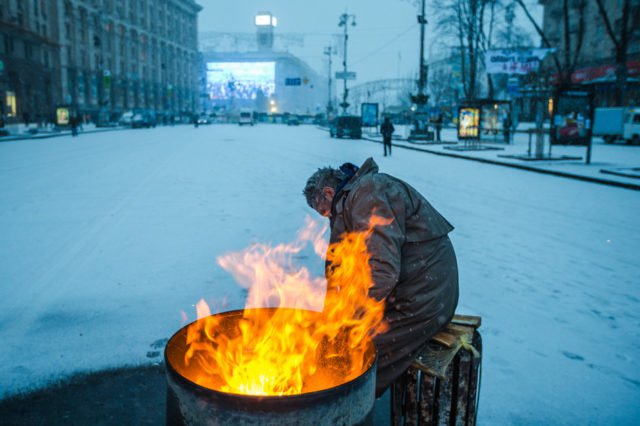 My material’s pep or go is the table (please see below) which contains the information on three ratings for 160 countries of the world with the population of 0.7 million or more. The so called Democracy Index calculated by specialists of the Economist Intelligence Unit is the basic indicator. In 2015 this index has been counted up also for six democratic “micro-states” with population from 0.3 to 0.6 million, namely: Iceland, Luxembourg, Malta, Cabo Verde, Suriname and Montenegro. Reference information on these countries is included into my table but without defining their ratings’ places.

Also the Democracy Index has not been calculated for South Sudan (11.3 million 2014 population) and Somalia (10.5 million 2014 population). These countries are “leaders” in sad sense for many years of so called Fragile States Index (former Failed States Index) rating. In fact, they have no minimally effective government of the united state’s scale. By the way, it is interesting that in 2015 the Russian Federation was in the “High Warning” states group at the 65th place and UKRAINE was in the more safe “Warning” states group at the 84th place.

Finally, in the Economist Intelligence Unit rating the Chinese statehood is represented not only by China and Taiwan (in fact, the last has been functioning as an independent state for decades) but also by Hong Kong. As in the case of “micro-state”, I include in my table just reference information on Hong Kong without defining its ratings’ places.

Therefore, all 160 really existing and functioning states (countries) of the world with 0.7 million or more population are represented in my generalizing table.

The methodology of Democracy Index calculation is characterized in the publication “Democracy in an age of anxiety” which can be found on the Economist Intelligence Unit site in PDF format. This index, on a 0 to 10 scale, is based on the ratings for 60 indicators, grouped into five categories: electoral process and pluralism; civil liberties; the functioning of government; political participation; and political culture. Each category has a rating on a 0 to 10 scale, and the overall Index is their simple average.

RATING BY THE DEMOCRACY INDEX,

Size of Society and Level of Economic Development Indicators for Countries of the World with Population of 0.7 Million and More (in the table data for leading states of a rating group are marked out with semi-bold italics; after population and GDP (PPP) per capita indicators place of a country in the rating is shown in brackets)

As the Economist Intelligence Unit does, I also place countries within one of four types of regime according to their Democracy Index values. But, on my mind, the EIU’s differentiation of “full democracies” and “flawed democracies” is somewhat mechanical or formal. Taking into account the contents of polity, politics and policies, I single out developed democracies with the scores of 7.70–10; that adds to the highest group 14 countries, namely: Italy, South Korea, Costa Rica, Japan, the Czech Republic, Belgium, France, Botswana, Estonia, Chile, Taiwan, Portugal, Israel, India (Cabo Verde is out of my rating). The rest of “flawed democracies” constitutes the group of other democracies (the scores of 6–7.69) under my classification. Both the groups of countries with “hybrid regimes” (the scores of 4–5.99) and with “authoritarian regimes” (the scores below 4) are the same as in the EIU’s rating. Finally, the distribution of 160 states between four groups in my version is such:

Substantially more than a half of the states in the world are non-democratic, substantially less than a half of political regimes are democratic. In my version of the countries rating by the Democracy Index 2015 difference between two categories’ ratios is 10% precisely.

It is clear that direct connection exists between, on the one hand, the level of democracy development, on the other hand, political-historic and socio-cultural factors. But also it is useful to evaluate correlation of Democracy Index with size of a society (measuring by country population) and level of economic development indicators. In both cases I have realized the states distribution on for groups and two categories; numbers of countries in the groups and categories are equal to those in the rating by Democracy Index.

Let us begin from 2014 population which is the main indicator of the scale of a society as the social group. Corresponding distribution is such:

The distribution by population between two categories is such:

Now let us characterize the correlation between democratic and economic development indicators using the Democracy Index and GDP (PPP) per capita as the basic ones. The groups’ distribution of states corresponding to two previous will be such:

The distribution by GDP (PPP) per capita between two categories is such:

As for groups, this correlation is even more powerful. Let us begin from sad part of the story: only a bit more than one tenth – 11.8% – of the low developed economies belong to the category of democratic countries… And the specific gravity of authoritarian states among them makes more than a half (51.0% comparing to general 31.9%).

The situation for the group of global economic development leaders is even more eloquent. More than four fifth – 80.6% – of highly developed economies are that of democratic countries! And seven from each ten – 71.0% – states leading in the field of economic development belong to the group of developed democracies! By the way, “hybrid regimes” among the countries with highly developed economies are absent at all. And those six states which form about one fifth (19.4% comparing to general 39.1%) of highly developed economies functioning under “authoritarian regimes” are that of very specific nature: all of them (Qatar, Kuwait, United Arab Emirates, Saudi Arabia, Bahrain and Oman) are countries of the Arabian Peninsula awfully rich in oil and gas.

This powerful correlation between GDP (PPP) per capita and the Democracy Index shows that very strong connection exists between democracy and economy development.

It is useful to compare the development of democracy in today’s Ukraine with that in the neighboring Russian Federation.

Democracy Index Dynamics in Ukraine and the Russian Federation

During the period of observations the value of Democracy Index for Ukraine has been exceeding that for Russian Federation very substantially. In fact, Ukraine has continuously represented the higher (comparing to Russia) regimes classification group.

Beginning from the middle of previous decade till its end Ukraine was a democratic country. Our regime became authoritarian only under Viktor Yanukovych presidency criminal in political meaning also. Now we are oriented onto fast and incessant renaissance of democracy in Ukraine. By the way, it is the only means to accelerate economic development of the country in the long-run perspectives.

On the contrary, Putin’s Russia continues to go down in the stinking quagmire of authoritarianism. Till the moment, for example, such global torch-bearers of democracy as Haiti, Ethiopia, Angola and many others have left the Russian Federation behind them in the Democracy Index rating. The Democratic People’s Republic of Korea seems to be the dream reference point for President Putin and his fragrant governmental gang…

I’m sure your love is free of charge and true.

But blood’s the name of glory Putin covers

Himself with… It is dangerous for YOU!

Public Felicity Triumphant over Dangers by Orazio Gentileschi (1624–1625) reproduces and shows both the colors of the State Flag of Ukraine which “is a banner of two equally-sized horizontal bands of blue and yellow” (Ukraine’s Constitution). I treat this fact as a very optimistic forecast for my country and the Ukrainian People!