Can Navalny’s poisoning be the motive for the Nord Stream-2 shutdown?

Russian-German relations can still be referred to as ambivalent, even though Russia has annexed the Crimea and the Kremlin has started a war in Donbas. On one hand, the official Berlin constantly emphasizes that any attempt to make sanctions relief for Russia is unacceptable until the territorial integrity of Ukraine is restored. 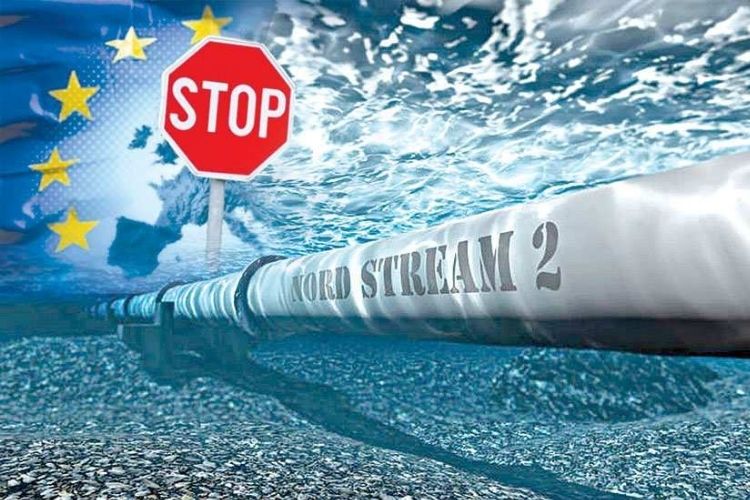 On the other hand, there are traditional Russian-German ties that have developed historically, which appeal to the principle of «business as usual» especially declared by the German business representatives who do not want to lose the Russian market. This approach deals with the pragmatic and rather cynical strategy, which means turning a blind eye to the gross violations of the international law. Its bright representative is Gerhard Schroeder, a former German chancellor and today a member of the Russian Gazprom board, as well as a chairman of the Shareholder Committee of the Nord Stream company (the operator of the Nordic gas pipeline of the same name in the Northern Europe), which became a lobbyist for the Moscow’s interests in the West. For a price, of course.

The most evident demonstration of the second approach is the notorious saga about the construction of a new Russian Nord Stream-2 gas pipeline. Despite active opposition of the Eastern European countries, primarily Poland and Ukraine (which can lose the transit status of Russian gas to Europe and this can pose a significant threat to its national security), Germany was the most vigilant in pursuing the project’s completion.

However, many obstacles arose in the process of Nord Stream-2 construction (from the long-standing Denmark’s disagreement to the political discussions on compliance with the EU’s Third Energy Package). Nevertheless, the official Berlin maintains it unshakable stand — the Russian gas pipeline must be completed. And when about 6% left before its completion, Washington stepped in, imposing sanctions that actually paralyzed the work of the pipelayers. At the same time, Trump has repeatedly made public statements that he does not understand why the United States should invest in German defense against potential Russian threat, if the German government contributes to the construction of Nord Stream-2. Despite all the odious statements that are often heard from the head of the White House, there is actually a rational thought in this political position. After all, the Kremlin has long used its energy policy as part of its own hybrid policy, which includes various forms of aggression and pressure. Therefore, Russia implements a variety of methods to promote its interests in the relevant field, including bribery and blackmail, and the personnel potential of the Russian secret services. In August the incident with espionage of a Norwegian citizen ended with an expulsion of a Russian diplomat from Norway. As it turned out, the detained Norwegian resident was engaged in certification in shipbuilding, oil industry and energy, played an important role in promoting Nord Stream-2 in Scandinavia.

The German newspaper Frankfurter Allgemeine Zeitung points to a number of high-profile crimes and subversive activities of the Kremlin in Germany, such as the murder of Georgian citizen Hangoshvili in Berlin’s Tiergarten Park, the cyber-attacks by the Chief Intelligence Administration (GRU) hackers against the Bundestag, and the constant espionage. However, all these facts are not so material as to influence on the German policy in relation to Russia. In addition, we can also trail the evidence of Russia’s interest in the recent anti-quarantine protests, when Russian tricolors and German imperial flags fluttered, and 200 radicals were detained by police. The polarization of society with its subsequent chaos is the Kremlin’s usual strategy for the Western powers.

However, the last straw, or a necessary reason to reconsider relations with Moscow for official Berlin may be the poisoning of Russian politician Alexei Navalny, who is in critical condition in the German clinic «Charite». This possibility is testified by a significant change in the discourse among German experts and politicians. Thus, Wolfrang Ischinger, a regular supporter of further dialogue with Putin, the chairman of the influential Munich Security Conference (where the 12 points to resolve the situation in Donbas were put forward), announced the end of the strategic partnership between Germany and Russia after the poisoning incident. After it was officially announced that Navalny had been poisoned by the notorious «Novichok» toxin, the ruling CDU party voted for the first time for the possibility of Nord Stream-2 shutdown. Later, the German Foreign Minister together with the Chancellor of FRG Angela Merkel in their statements did not exclude the possibility of imposing sanctions on the unfinished Russian gas pipeline. Russian energy expert Mikhail Krutikhin believes that the US sanctions have buried the possibility of Nord Stream 2 completion, and the talks at the German official level concerning its continuation were really just rhetoric in the political confrontation between Berlin and Washington. If so, perhaps Navalny’s poisoning will serve as an incentive for the German authorities to complete this political wordplay, and for the future prospects to finally reconsider the strategy of relations with the Kremlin, which does not stop its aggressive policy against the West.