Russia’s aggression in Georgia (2008) and Ukraine (since 2014) destroyed the already weak security mechanisms emerged in Europe after the end of the Cold War. It is evident that the main benefit from destabilization of the security system on the continent has been the Russian Federation, which is trying to promote its geopolitical projects not only in the post-Soviet space, but also in Central, Eastern and Southern Europe. 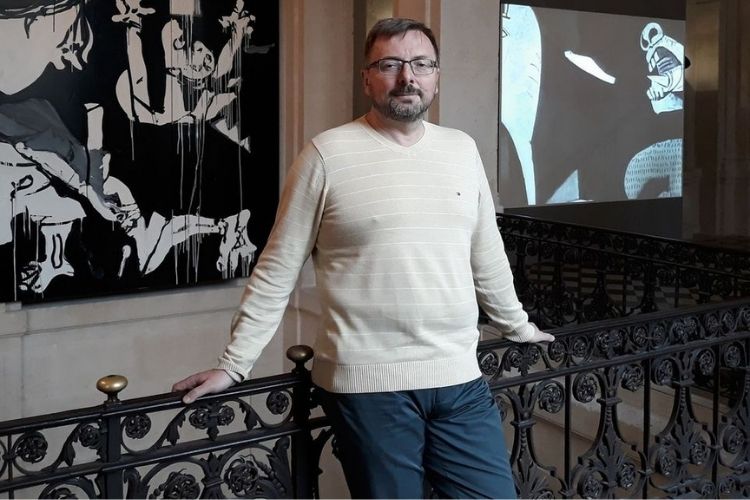 Since the collapse of the Soviet Union, Moscow has been actively involved in inciting geopolitical conflicts, financing and military support of illegal armed groups, as well as seizing the territories of sovereign states in the region (including Moldova, Azerbaijan, Georgia, Ukraine) and creating unrecognized world community of «quasi-states» such as Abkhazia, South Ossetia, Transnistria, «DPR» and «LPR».

Russian occupation of parts of Ukraine, Georgia, Moldova, and Azerbaijan is accompanied by the removal of these zones from the normal economic, political, and legal order, and as a result, there is a sharp decline in the personal and legal protection of citizens and businesses. At the same time, the local population virtually becomes isolated from European and world’s social and economic processes and it becomes a hostage of the Kremlin’s ambitions. The territories occupied by Russia are increasingly similar to closed militarized zones, specializing mainly in serving the necessities of the Russian armed forces. It should also be highlighted that the promotion of democratic values ​​in the political life of these territories is virtually stopped and, moreover, there is a reverse process of forming elements of a closed authoritarian or even totalitarian society and a repressive model of its construction. Mass and systematic repressions against various ethnic and religious groups (Crimean Tatars, Protestant denominations, etc.), as well as violations of the social rights of the population of the occupied territories, have already become widespread.

It should be noted that inciting and supporting conflicts around the world allows the Russian leadership not only to divert the world’s attention from its anti-democratic domestic and aggressive foreign policies, but also to successfully incite conflicts and then offer mediation efforts to resolve them.

Russia’s aggressive policy is radically changing the geopolitical landscape of the Black Sea region, which is strategically important from the point of view of European security. With strong armed forces in Crimea (about 50,000 personnel) and a growing navy, the Russian Federation is gaining monopoly geopolitical dominance in the region, including the possibility of blocking sea lanes and creating various threats to the Black Sea states if they do not obey Russian dictates. Russia regularly improves this mechanism during numerous naval exercises, covering huge areas of the Black Sea, including those located in close proximity to territorial territories.

Russian occupation of Crimea violated the security system in the Black Sea region, so there was an urgent necessity for its significant modernization. NATO and the European Union could be initially involved in this, but other organizations can also contribute significantly to improving security.

First of all, we are considering the Organization of the Black Sea Economic Cooperation (BSEC) established in 1992 and received full status in 1999. It was designed to promote the «transformation of the Black Sea region into a region of peace, stability and prosperity» through the implementation of programs in the field of transport and communications, financial and scientific cooperation, energy and environment, tourism and more.

The Organization formally has significant potential, uniting twelve states of the Black Sea region and thirteen observer states, including the United States, France, Germany, Italy, Poland and others. Its activities are focused primarily on the implementation of economic integration projects in the Black Sea basin, which can also assist in strengthening the security component of the region. This is supported by the fact that BSEC is almost the only project in the region that has not been created or changed into an instrument to satisfy Moscow’s geopolitical ambitions. This is hindered by the influence of the G7 member states and Poland, and especially Turkey, which aspires to become the dominant state in the Black Sea region and the Middle East. In general, we might state that the potential inherent in BSEC would make the Black Sea basin one of the most economically dynamic regions in the world.

However, Russian aggression also had a devastating effect on the BSEC’s activities, as the country grossly violated the fundamental norms and principles of international law in relation to its two member states. It should be highlighted that after 2014, many initiatives and projects have not been implemented due to the Russian occupation of Crimea and Moscow’s desire to apply all external platforms (including BSEC) to legalize its aggression against Ukraine and Georgia. The Russian leadership, through the Organization’s structures, is trying to encourage businesses in the region to collaborate with Crimea in violation of Ukrainian law and UN decisions, as well as to perform various cultural, business and other measures to destroy international sanctions. In 2016, at a meeting of BSEC in Sochi as a part of the campaign to improve the image, the Russian Federation provided the Organization with several million dollars as a «voluntary contribution», although then this gesture had no special consequences.

Russia is trying to apply BSEC as another tool for «recognizing the international authority of Russia’s leadership» in the eyes of ordinary Russians. At the same time, Moscow continues to destroy and discredit the Organization before the world community, considering it as one of the competitors to the integration projects of the Russian Federation, as well as realizing its inability to dominate the BSEC structures due primarily to Turkey’s opposition.

In this context, special attention should be paid to the election of the BSEC Secretary General in 2021. The Russian leadership is proposing a diplomat, former ambassador to Venezuela Vladimir Zaemsky, who has shown support for the corrupt Maduro regime. The identity of the candidate and the previous nature of his activities guarantees that Moscow will seek to at least paralyze the activities of the Organization, and at most — to transform into a tool for implementing its aggressive policy in the Black Sea basin.

Therefore, in order for BSEC to strengthen its ability to perform non-pec functions at least within the statutory requirements, it is primarily necessary to consolidate the countries of the region in order to neutralize the attempts of the Russian Federation to raise the Organization under itself. Member States must also steadfastly uphold the sovereignty and territorial integrity of their partners who have been the target of Russian aggression. Unfortunately, the course of events highlights that no state in the region can be safe from Russia’s attempts (including the application of armed forces) to expand its geopolitical influence in the Black Sea basin.